It’s the day John Glasser checked himself into the hospital with COVID-19 and, as he put it, “almost died.”

At 45, Glasser considered himself pretty healthy.

And the ramifications were enough to worsen his health in a different way.

There was the stress of running a ministry – he’s president of Collision, which works in student-led ministry at 22 schools and community centers.

He’d lost a good friend while in the hospital, also to COVID-19.

“I got out and was on blood thinners, and I was living unhealthy,” Glasser said. “I was drinking Monsters and Diet Cokes even after I got out of the hospital.”

His wife, Angie, “kicked me in the butt,” he continued.

She also was struggling to embrace a healthier lifestyle, and they realized together they had to make a change.

“You would think I’d make the decision after I almost died, but it took looking at ourselves. We had to buy bigger clothes. We were exhausted all the time, and we had to make a decision: Do we change or not?” he said.

“It was based on a choice we both made to say we need to get healthy. We need to do this for ourselves, to be the best version of ourselves for our kids, for the nonprofit we lead and for our future.”

They went through a weight-loss program that allowed Glasser to finally get his weight under 200 pounds. He let Angie, who’s now going into health coaching because of their success, chronicle his weight loss: 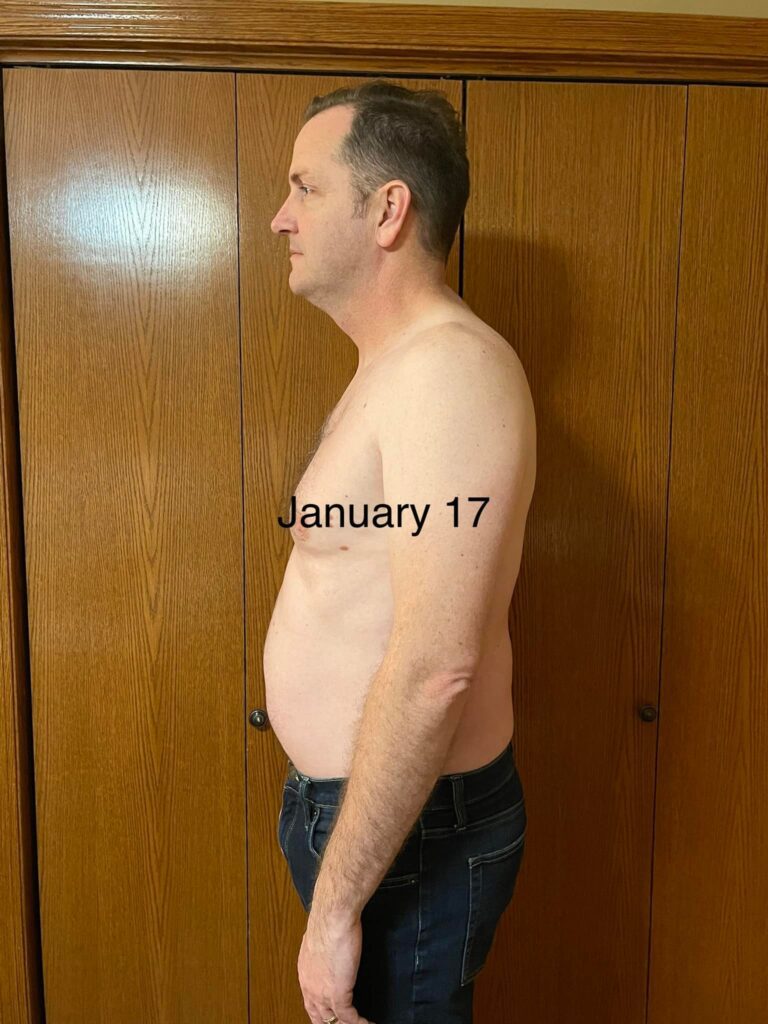 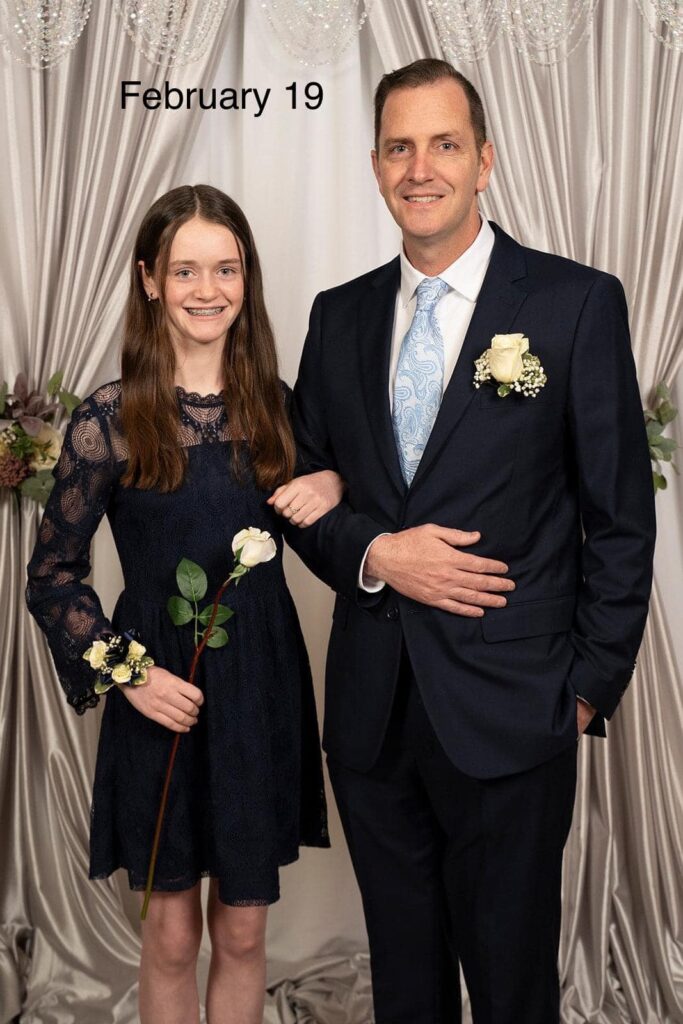 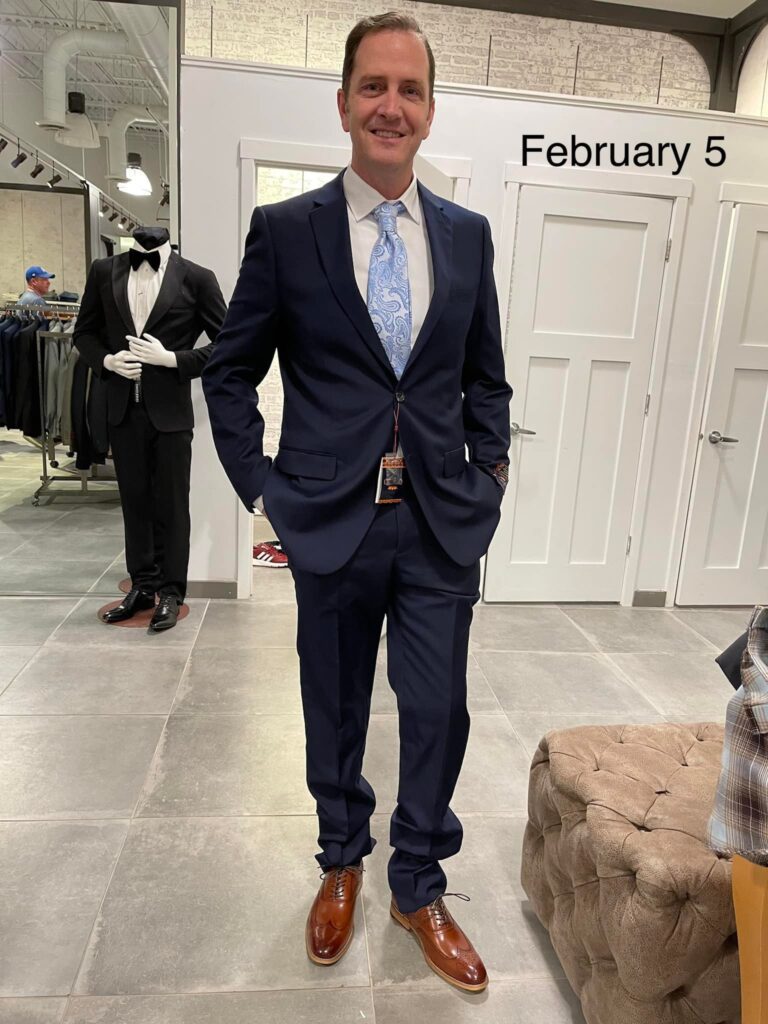 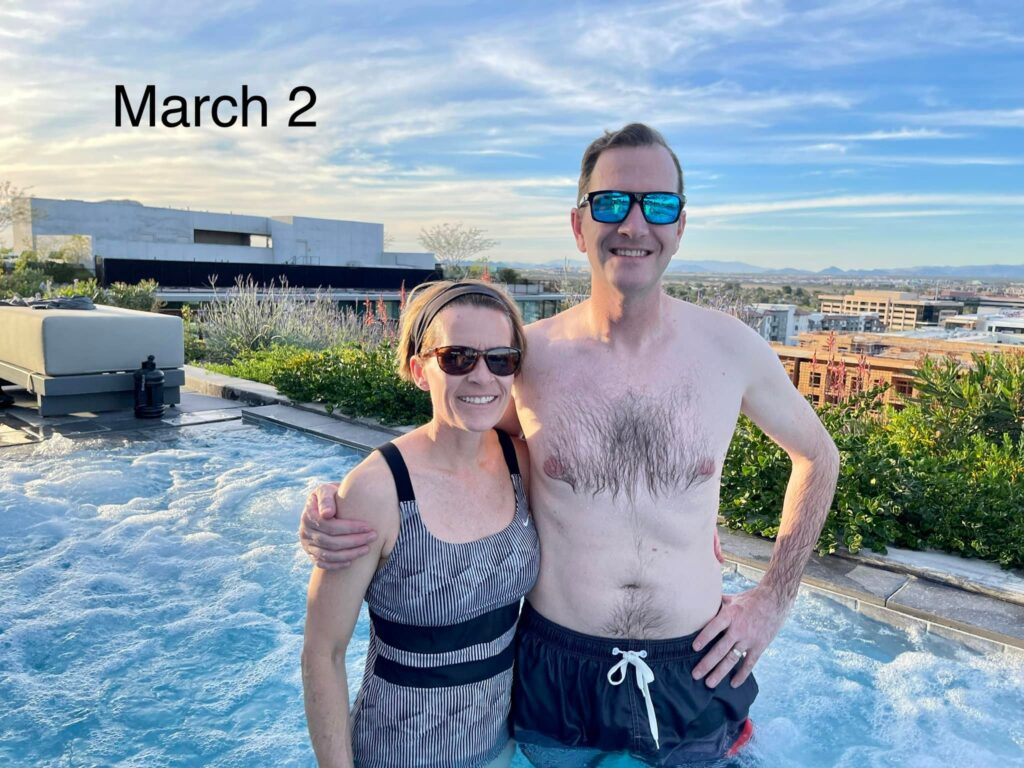 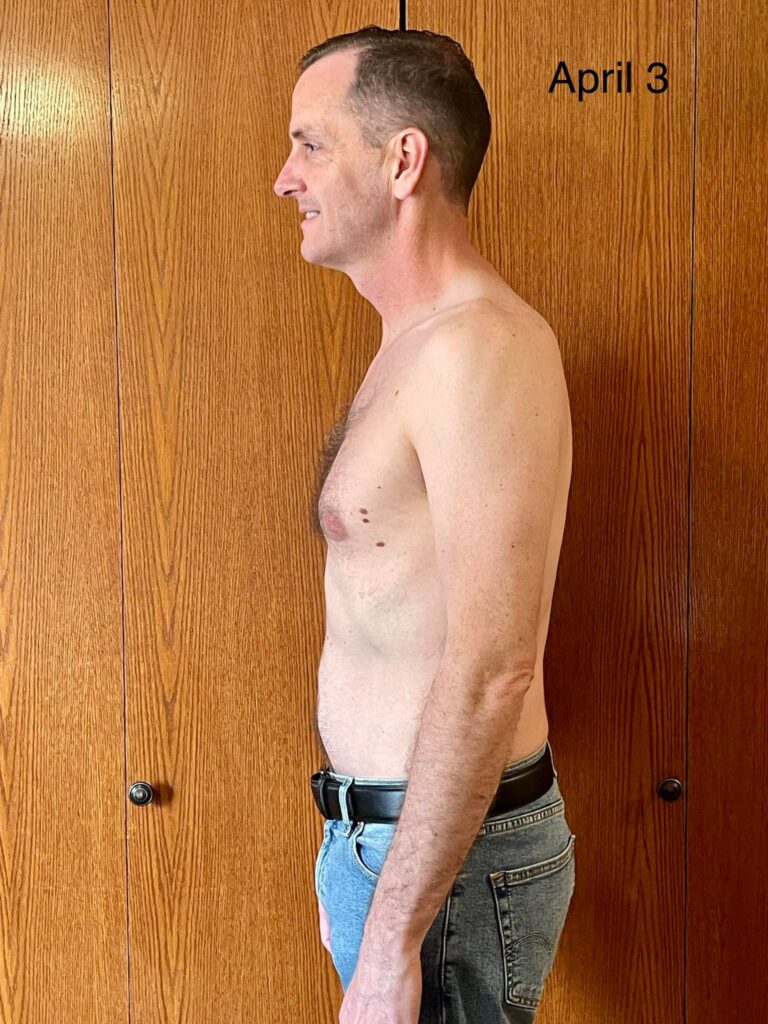 “And with that, I had my energy back, my mental clarity, and all of a sudden I had a desire to start working out,” he said.

It led him to GreatLIFE Golf & Fitness, where admittedly he had a membership through work that hadn’t gotten much use. Until now.

“I love going to GreatLIFE,” he said. “I love sitting in the sauna and hot tub and lifting weights. I’m in there every day.”

He has connected with multiple team members at Woodlake Athletic Club, where he’ll work out on turf doing upper body strength work one day, use a stair machine the next, work on weight machines, run on a treadmill and “flip back and forth so you’re not burning out muscles,” he continued.

“But to me, it’s much more than checking in and working out and leaving. There’s an amazing community that cares about the client, and that made the difference. That’s why I want to be there.”

As he was losing weight and gaining motivation, his new time at the fitness center left him “with more energy and strength,” he said. “You shed pounds and gain muscle.” 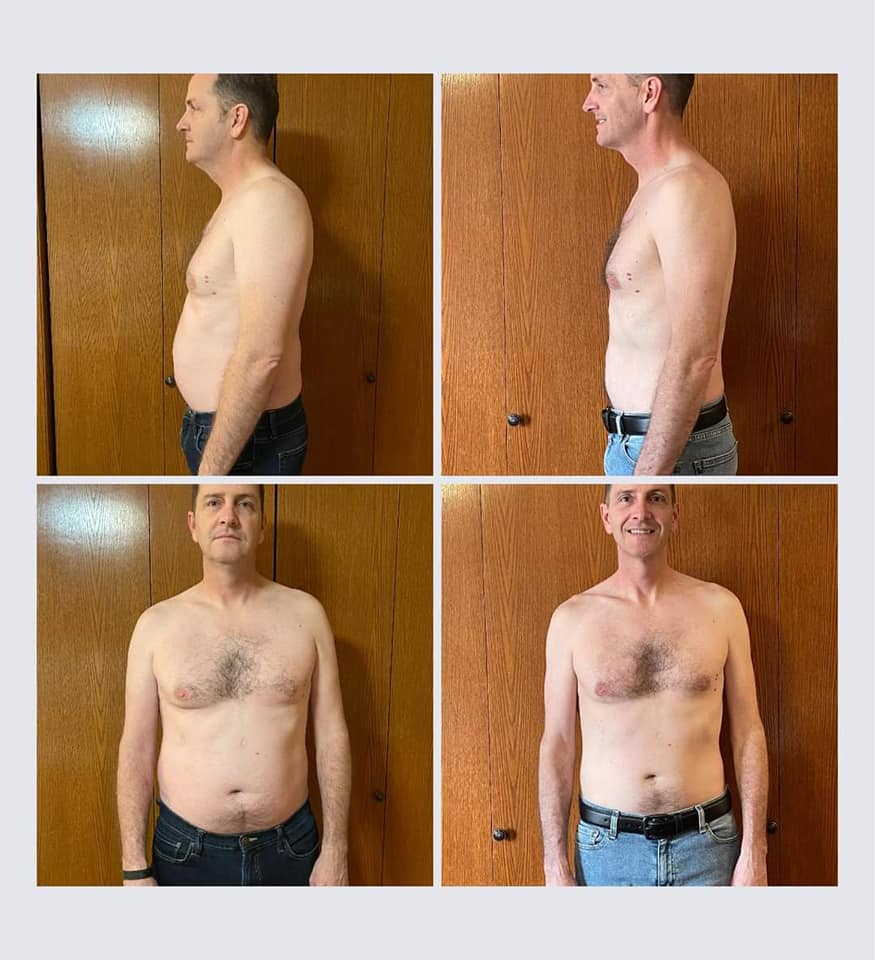 He and Angie also added a Recovery Lounge membership, and both love it.

“She told me to go in because she’s been doing compression on the legs, and that’s incredible, but I lay down and get a massage all the time, and we buy protein shakes when we’re done working out, which are a great value,” Glasser said.

His newfound active lifestyle is making a major difference in other ways too.

A former collegiate runner at the University of Sioux Falls, he’d had to give up the sport with his excess weight because his knees hurt too much.

“I have not been able to run in 10 years, and this is the first time – I went out and bought an expensive pair of shoes, and now I run. I just had my sixth run in 10 years, and I connect with God most when I run, so it restored something in me that’s very special,” he said. 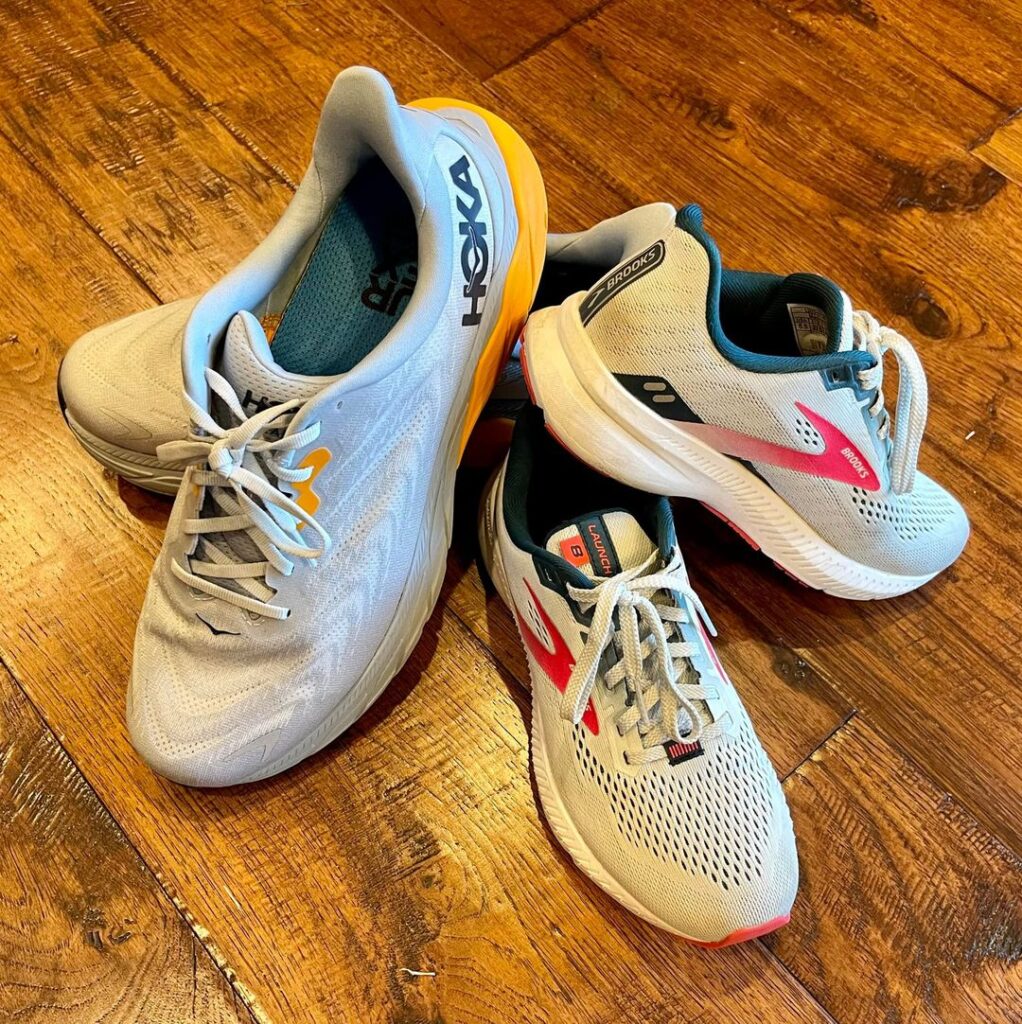 And in worship services, where he used to sing but gave it up because of energy and acid reflux issues, he just bought a guitar, microphone and amplifier.

“So that’s another thing that’s been restored in my life – singing – all because of a choice to get healthy,” he said. 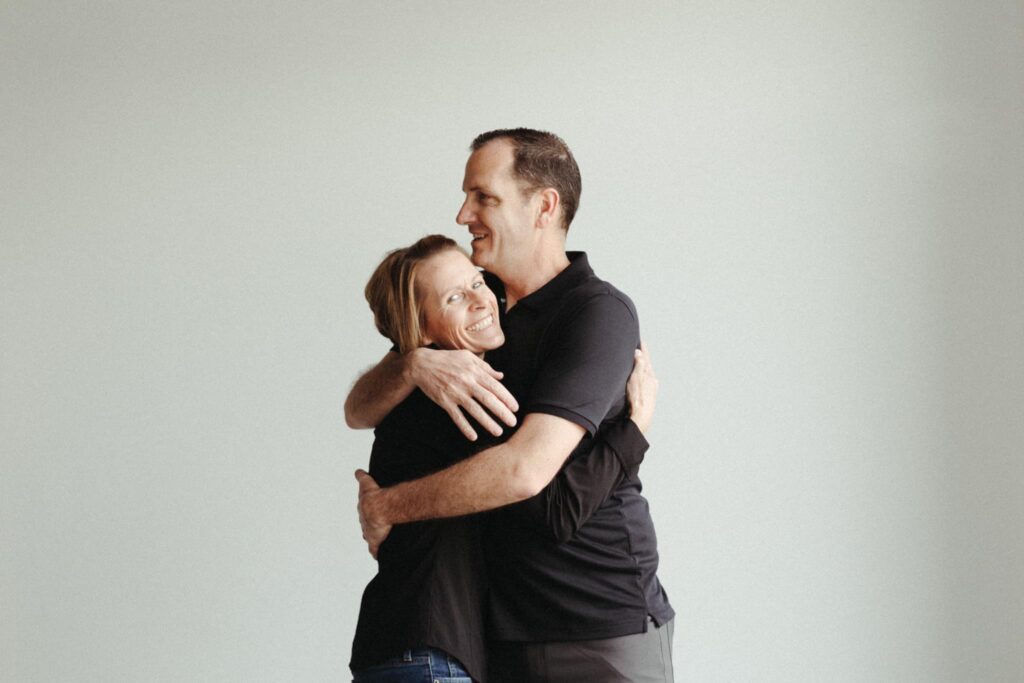 He now encourages his colleagues at Collision to take full advantage of their GreatLIFE memberships and freely shares his journey through social media.

“We’re living it out loud and in front of them, and it’s cool because you don’t know the influence you have with people until you tell your story, even your own team,” Glasser said. “I just love GreatLIFE and what it stands for, and if I can help people get healthy in mind, body and spirit, they will live their best life. They just don’t know it yet.”

Let GreatLIFE help you toward your best life! Sign up now, and pay no enrollment fee. Click here to learn more.