Not long ago, Ross Steineke’s workdays involved computers and cubicles.

A computer science graduate, he loved the field but not the work environment.

“A couple years ago, I was sitting in a cubicle staring at a wall for 40 hours a week,” he said. “I made good money, but I wasn’t happy. I’m a very introverted person, but that was too introverted – even for me. I had literally zero human interaction.”

That all changed when he decided to take his savings and use the pandemic time to do some soul-searching from home in Sioux Falls, where he grew up.

“My two biggest hobbies have been computers and weightlifting, so I decided, well, I tried one for a career, why not try the other one out?” he said.

The decision led him to GreatLIFE’s Woodlake Athletic Club in mid-2021, where he began working at the front desk.

“It was working in membership and meeting people, but when I did my original interview, we talked about how they also needed trainers,” he said. 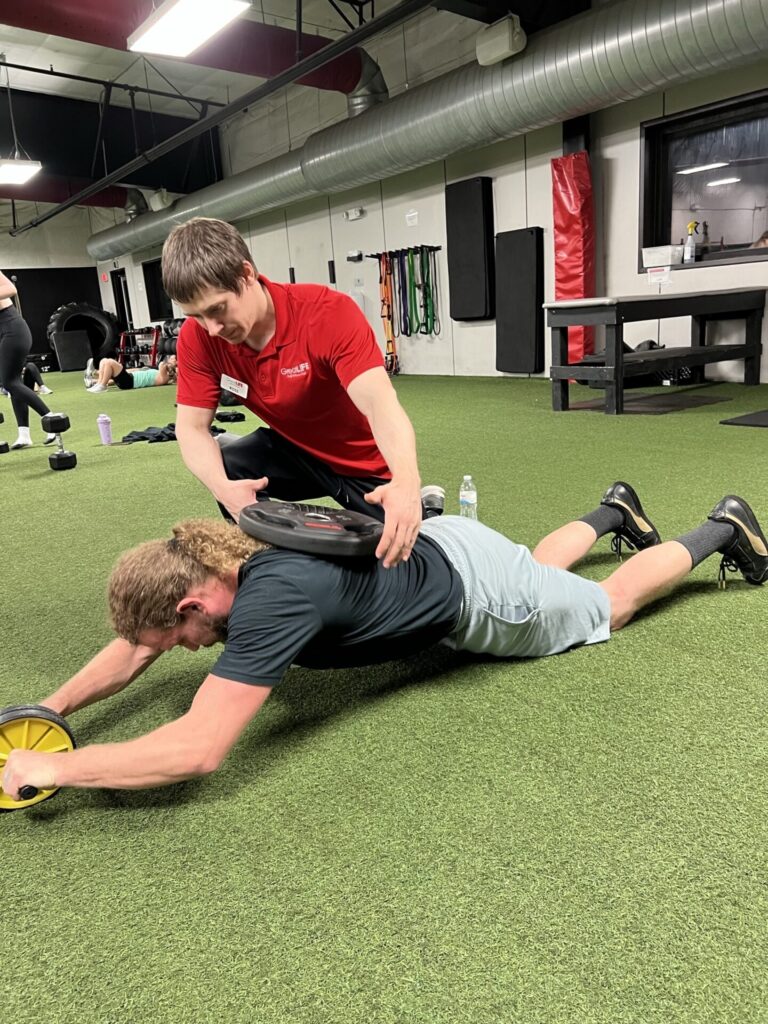 So after a couple of months getting settled, he began the certification process to become a fitness trainer.

“When I went to college, I’d wanted to get started in fitness, and I began lifting weights,” Steineke explained. “It turned into a passion, and I began training a bunch of my roommates and friends. So because I’d already been training buddies, the transition was smooth to doing it professionally.”

He has been training fitness clients since March and is loving the change. 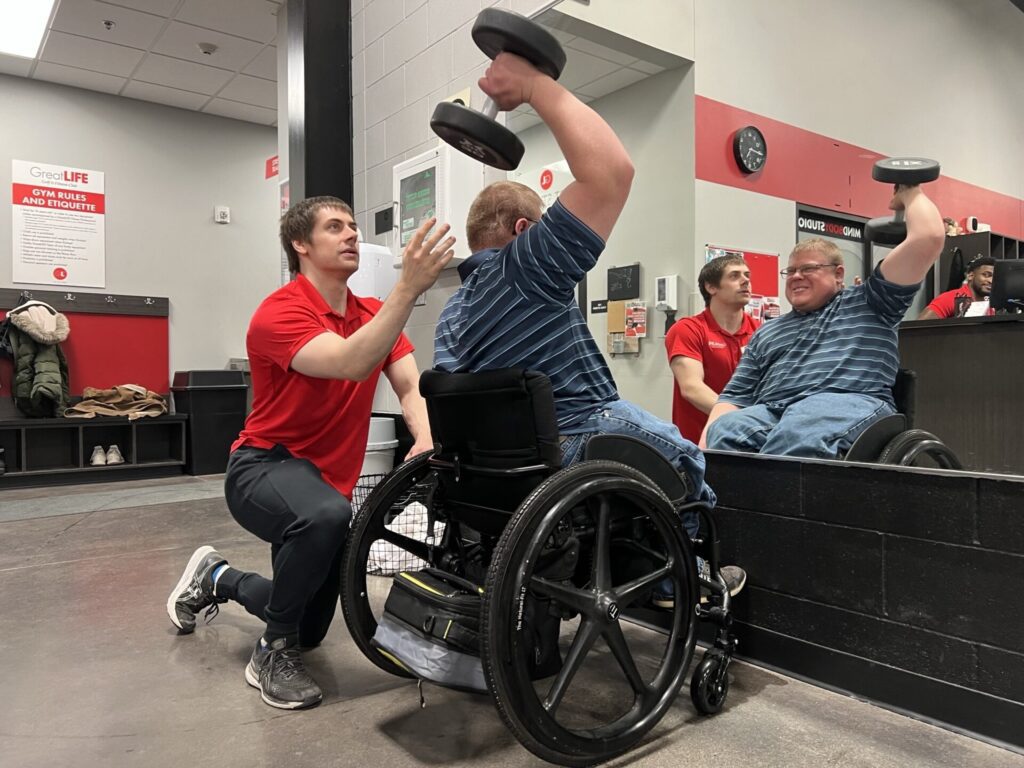 “While I’ll do whatever a client is interested in, it’s worked out that a lot of them are interested in lifting. I’ve met a bunch of great clients, and they’re a blast to work with,” he said. “I feel like I’m being paid to hang out with people I enjoy.”

Not only that, the role already has led him into leadership. He applied to become fitness lead trainer and earned the promotion.

“Now, I get to see how I can contribute to the success of fellow trainers,” he said. “I just like the whole setting here. Every day I go in has been fun, zero stress, and that’s easily worth it for me. It’s the biggest perk of the job.” 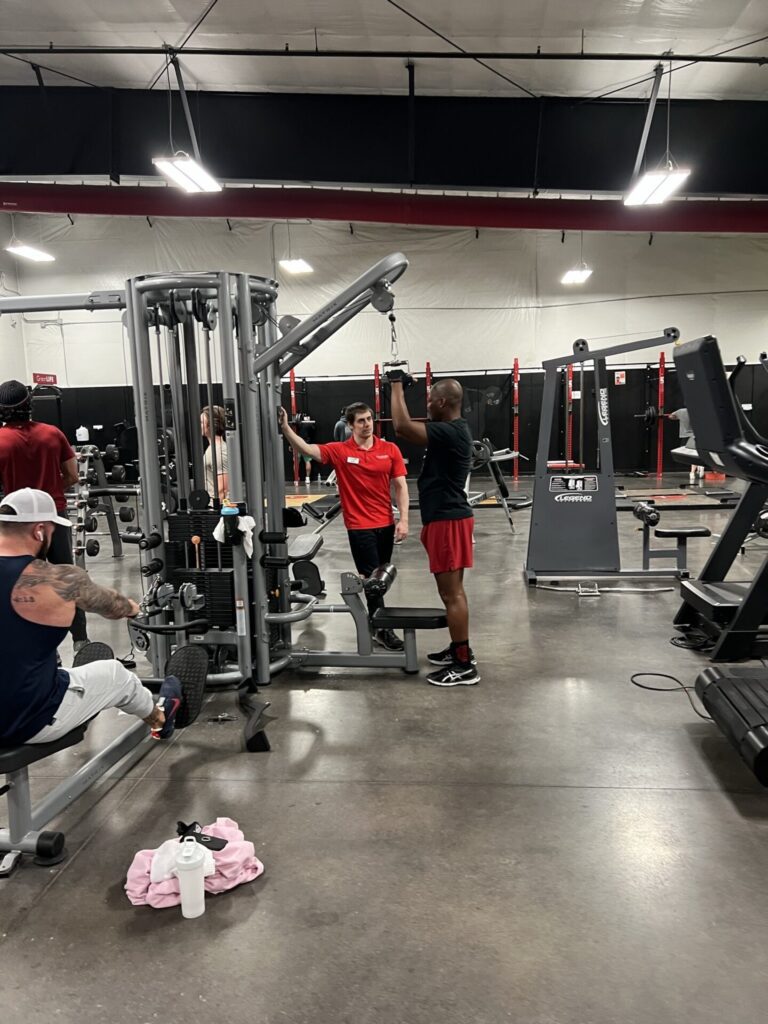 GreatLIFE always is looking for additional trainers, and leaders like Steineke are waiting to help.

“If you have a passion and the qualifications, we’d love to talk with you,” he said. “When I started, the other trainers were great about referring clients to me, and I still work with a lot of them to this day.”

He typically trains from afternoon through close Tuesday through Saturday. 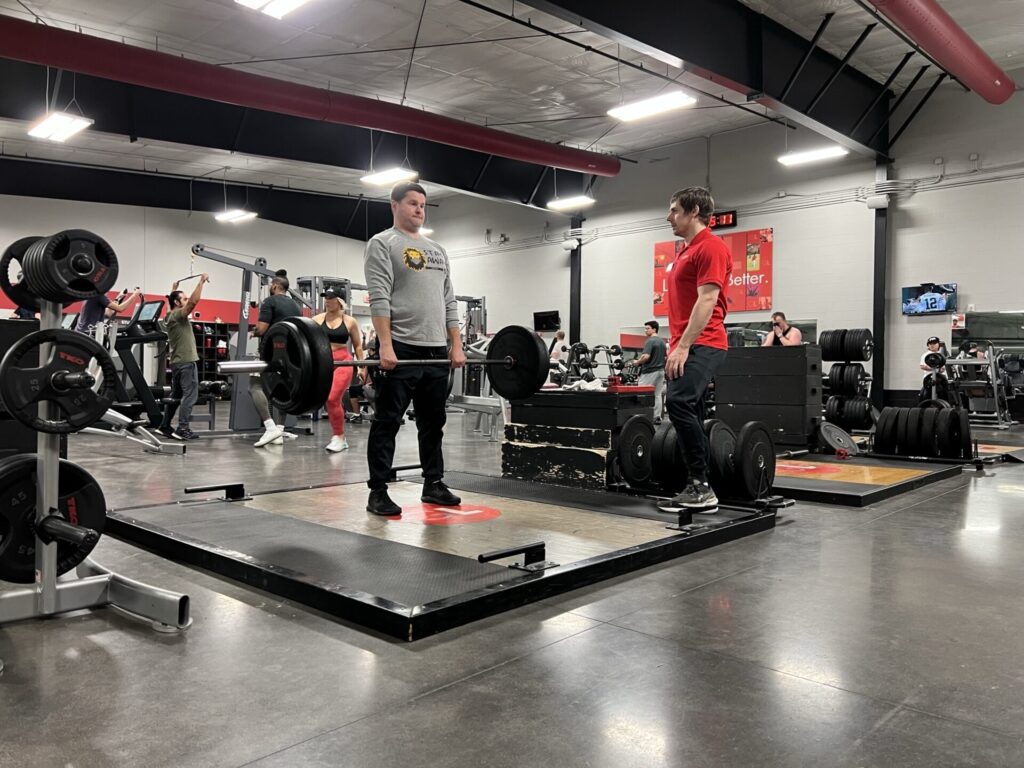 Looking back, it has been exactly the right career transition, he said.

Are you interested in beginning the new year with a new role at GreatLIFE? Click here to learn more about current opportunities.

And, if you’re hoping to lead a more active, healthy life in 2023, GreatLIFE can take care of you there too! Stop in any location to connect with trainers such as Steinke or click here to get started and learn more about all the benefits of membership.