Got 20 minutes? You can change a child’s life without leaving your desk - GreatLIFE Golf & Fitness

Got 20 minutes? You can change a child’s life without leaving your desk

In just 20 minutes, Sioux Falls professionals have started to make a difference in elementary students’ lives.

The TeamMates mentoring program, which was intended to bring mentors into classrooms throughout Sioux Falls in 2020, had to shift when the pandemic limited access to schools.

But it’s working out just as well and maybe even better.

“We’re making the shifts to do what we need to do to get kids connected with adults who care,” said Lora Hayes, executive director and program coordinator.

“What’s really nice is you can do this right from your workstation or home office. It’s literally clicking on a Zoom link to meet with the kids.” 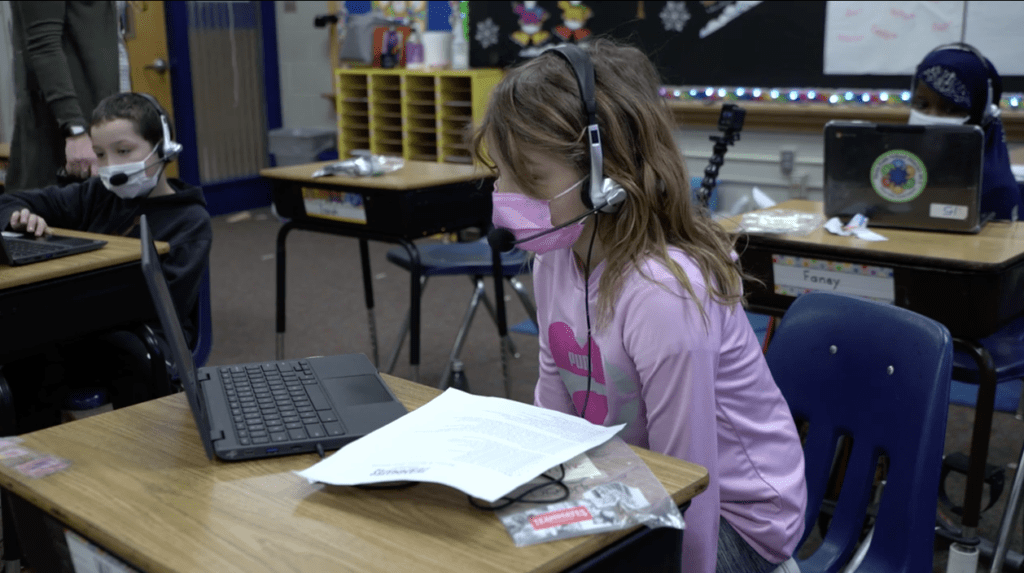 TeamMates is a mentoring program founded by Tom Osborne, the former University of Nebraska football coach and Nebraska state lawmaker.

Osborne started the program in 1991 with his wife, Nancy, while he was still coaching at Nebraska. The mission of the program is to impact the world by inspiring youths to reach their full potential through mentoring.

“We were believers from the beginning,” said Nick Ovenden, president of GreatLIFE Golf & Fitness.

“Our chairman, Tom Walsh, was instrumental in bringing TeamMates to Sioux Falls and introducing it to the school system and supporting it financially. But most importantly, our people want to support this. We had more than 20 team members sign up to mentor right away, so now we have a wait list as more classrooms become available.”

Eight GreatLIFE team members were among the 19 who met virtually this past week for the first time with a class of third graders at Laura Wilder Elementary. 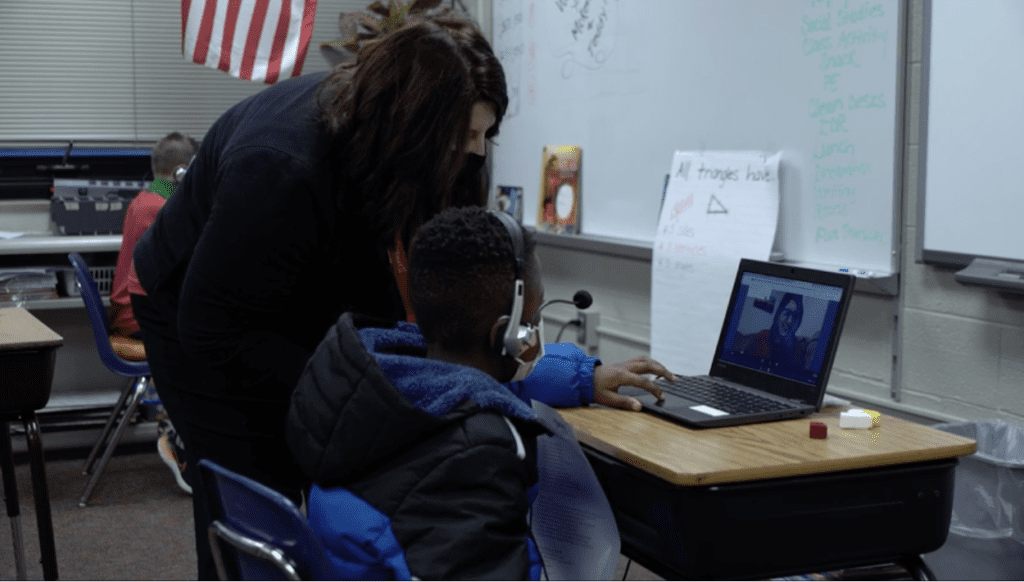 “Twenty minutes a day is next to nothing to support a kid in need,” said Ovenden, who mentors several young people and will be participating in the Laura Wilder class too.

“It’s a no-brainer. And at first, I didn’t think it was that big of a deal. But then you start to hear feedback about how impactful a word or words, or the advice or time you spend together is. For these kids to know that they get that time with people just to themselves has a huge impact.”

The initial mentors are a diverse group of professionals, representing everything from athletics to retirees. TeamMates provides training and conducts background checks to make sure all involved feel supported. 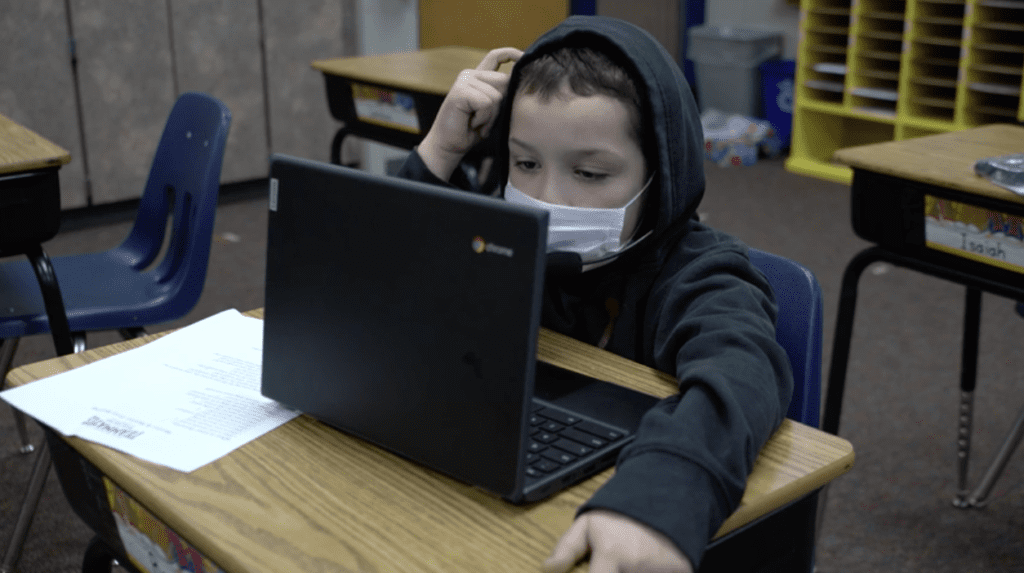 “We also have some online games we teach the mentors and mentees, so they can pick what they would like to do, but there are lots of opportunities for them to engage in interacting virtually,” Hayes said.

The district is looking at two other schools that want to get involved and will take on more classrooms as mentor numbers can support it.

Anyone looking to participate can email Hayes at lora.hayes@k12.sd.us.

The virtual option also could allow a business to potentially mentor a whole classroom, she added. 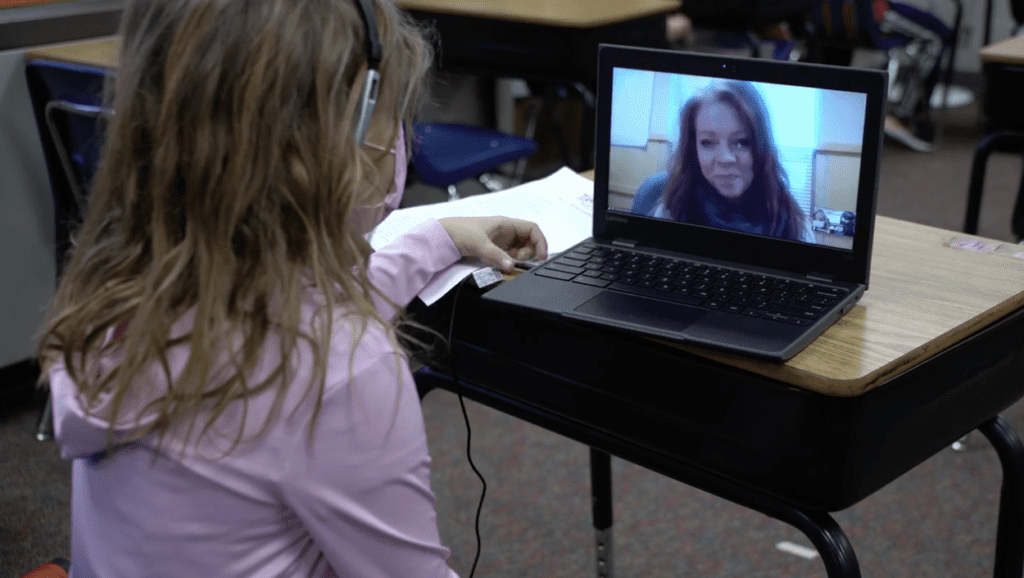 “That would be amazing,” she said. “And for outer-ring schools, this is a way to get a mentoring relationship. Maybe four times a year there’s an in-person component. So adding virtual is just another avenue that we plan on always having as a possibility.”

The relationships can lead to financial support too. If kids stay in the program fore three years, they ultimately will be eligible for college scholarships from TeamMates in their senior year.

GreatLIFE, which has three team members on the local TeamMates board, anticipates building on its team of mentors in the months ahead.

“We’ll be as involved as they want us to be,” Ovenden added. “It’s something that directly ties to our mission. “If we can pour into the youth and give them hope for a better future, we’re hopefully going to set them up for a better life.”

Got 20 minutes? You can change a child’s life without leaving your desk

There are no upcoming events at this time.