There’s a chance someone will leave Tinner’s Public House tonight potentially $200,000 richer – and still not be as big of a winner as the young man who has become a face of the cause behind the jackpot.

Derek Smith, 37, isn’t just “a huge part” of the weekly Chase the Ace game to benefit Special Olympics South Dakota. He’s an ambassador for everything the organization represents. 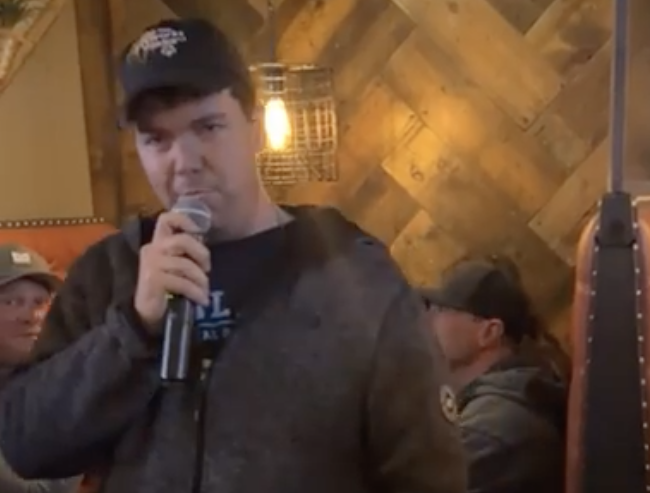 The game of chance has a pot that has grown to more than $370,000 and likely will be bigger by tonight’s challenge. There are four tickets left, and if one is drawn that leads to choosing the ace of spades, that person will win half the jackpot.

Smith understandably is excited about the prospect when he talks about it.

But he’s already a winner – in a lot of ways.

Smith is the recipient of this year’s Spirit of Champion Award, which is given to the athlete of the year for Special Olympics South Dakota. 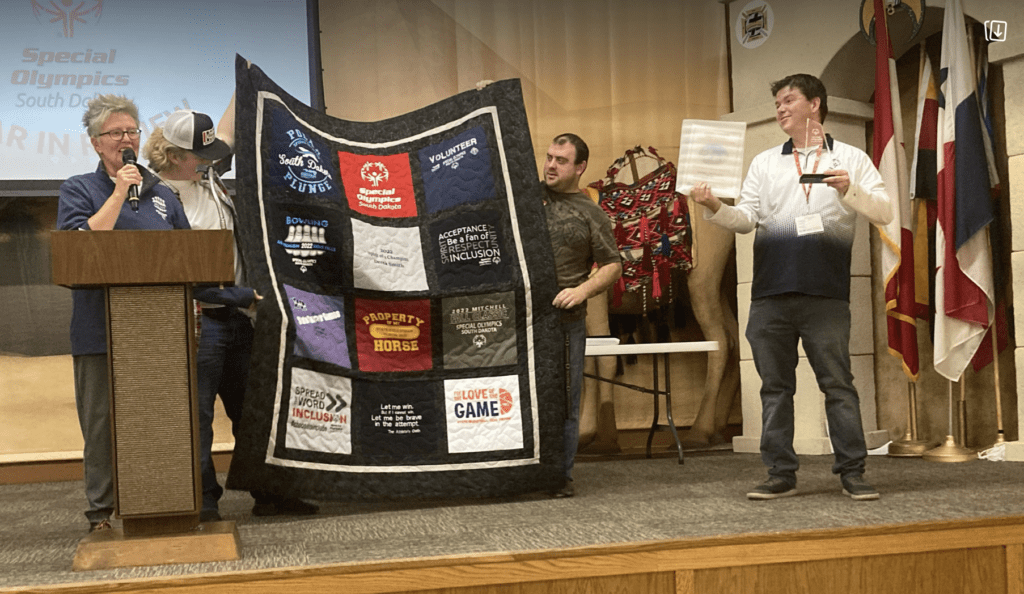 The athlete, who has competed in various sports for 22 years, “is often literally the face and voice of Special Olympics, especially at our Chase the Ace event in Sioux Falls,” said Cathy Grubb, Black Hills area director.

“He’s just an all-around great guy. He strives to perform at a high level and demonstrates sportsmanship.”

For Smith, who works three mornings each week at GreatLIFE’s Performance Center at 69th Street and Southeastern Avenue, it all started as a kid playing basketball. He still likes to shoot hoops at the gym when he’s done with his job in fitness maintenance, preparing for the winter season. 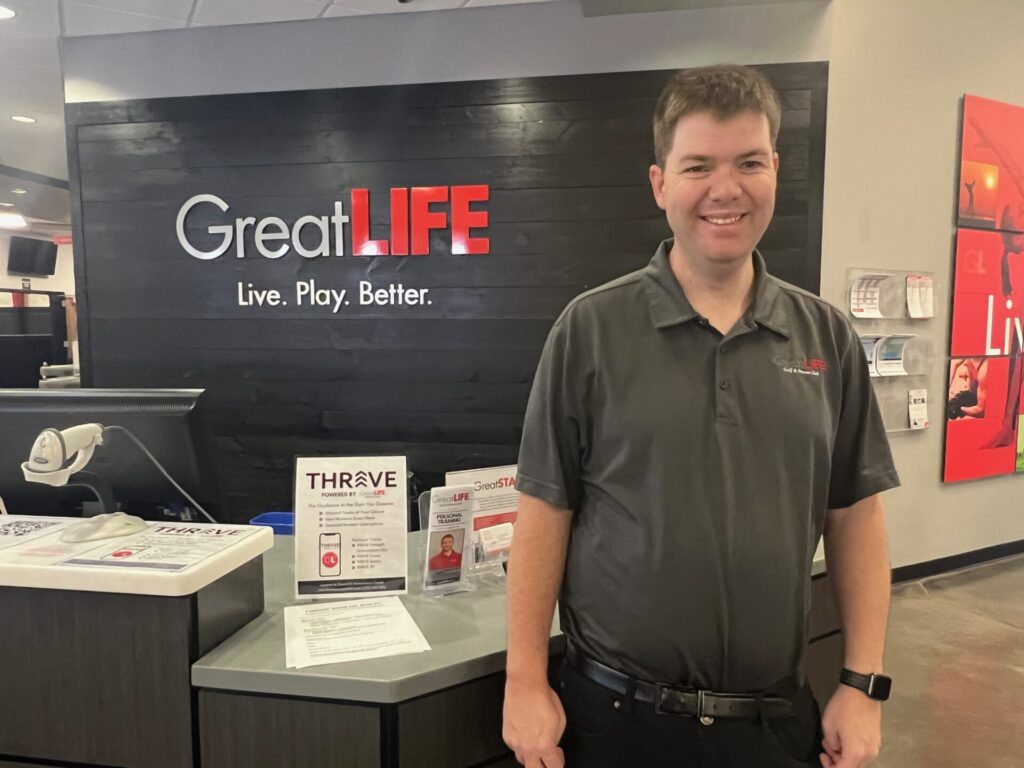 For five years – except when the pandemic required he stay home – Smith has wiped down machines, vacuumed the floors and cleaned up the locker rooms. He also has become a sort of unofficial greeter at the fitness center, calling many members by name and bonding to the point that last year he took home some holiday gifts. 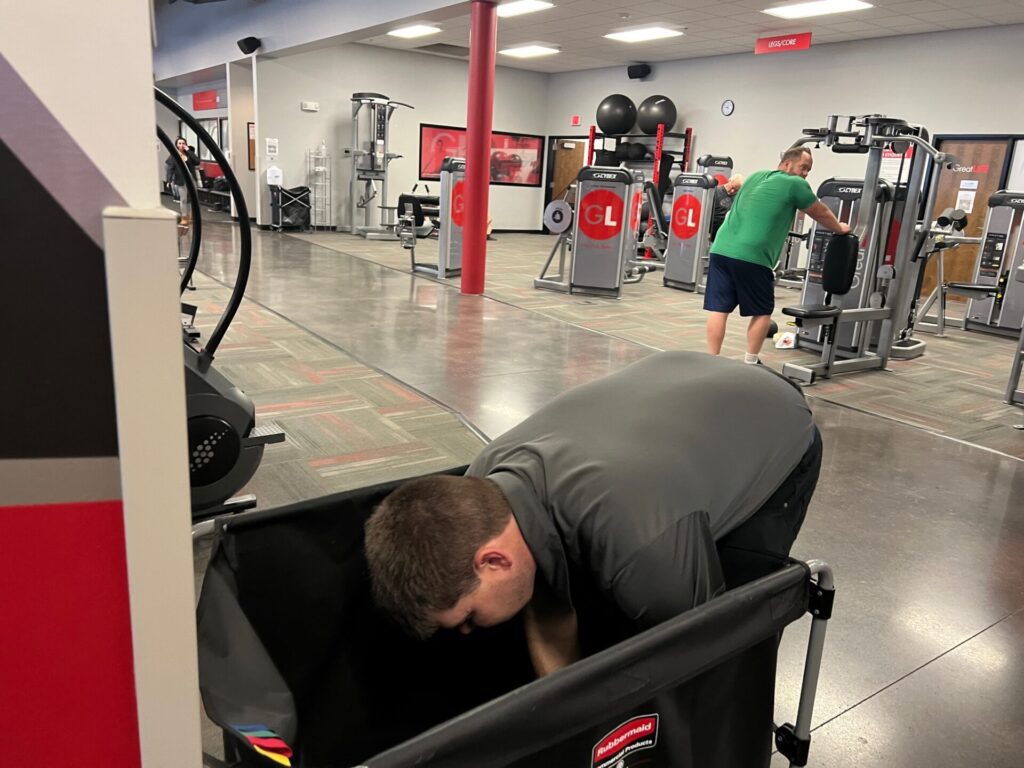 “My favorite part is seeing my boss and also my co-workers and especially the customers I haven’t seen,” he said.

It didn’t surprise his boss, Brian Niemann, that Smith would earn his recent recognition. 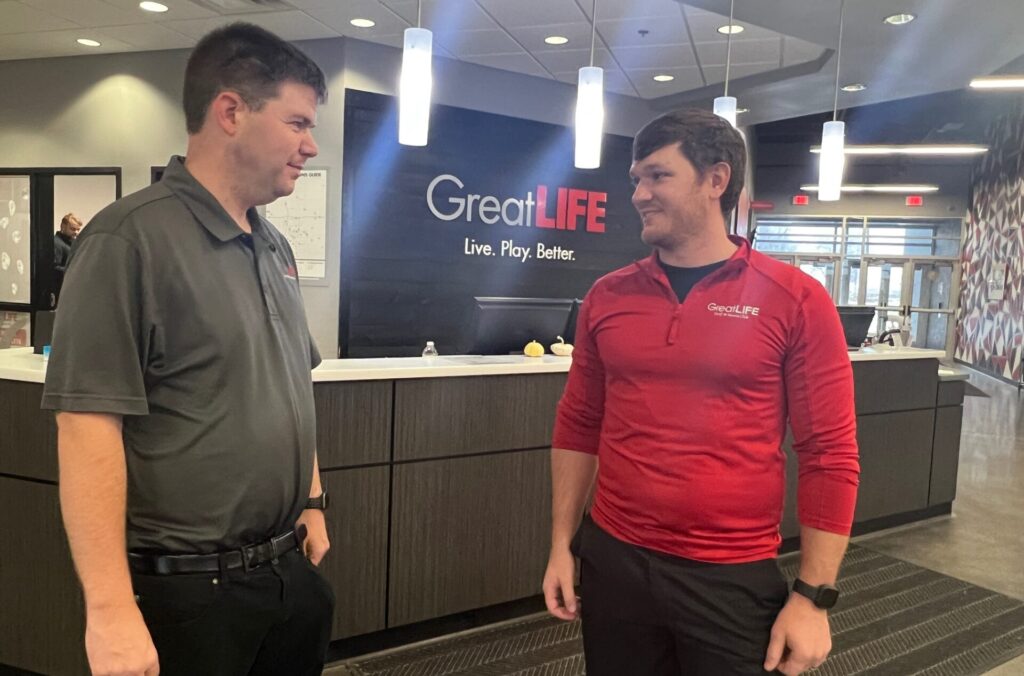 “Derek is very fun to work around, always has a great attitude and helps out whenever possible,” Niemann said. “He’s the first one to greet our members when they walk in, and he just always makes it a positive atmosphere.” 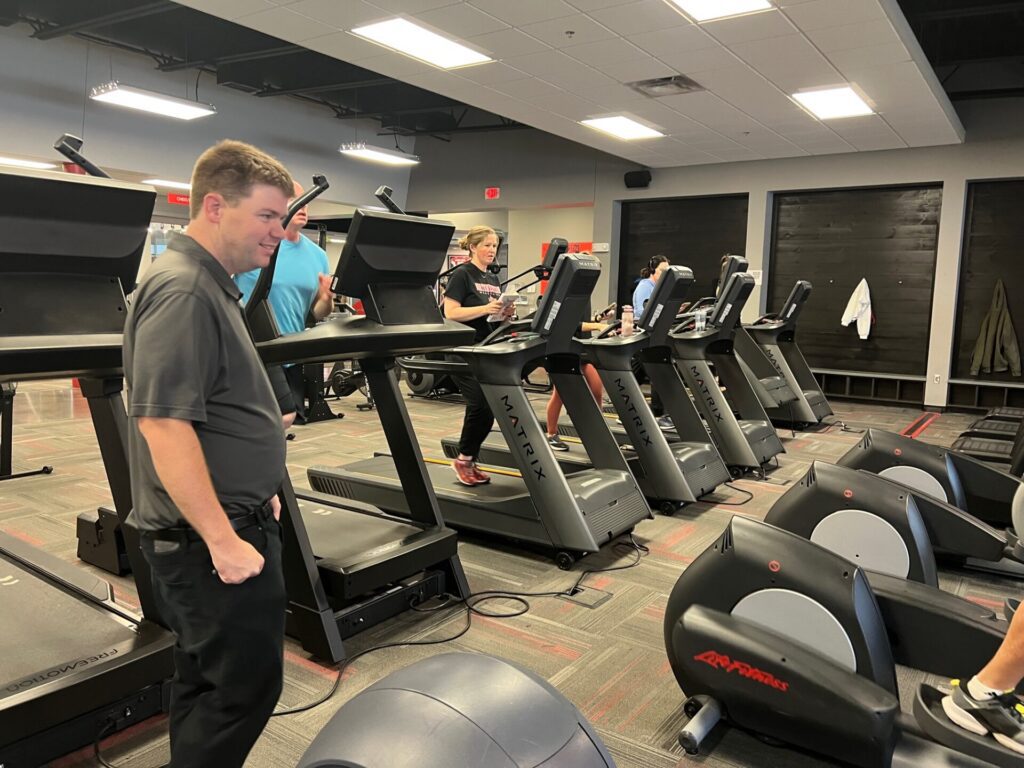 That seems to be the case wherever he goes. When he’s not at GreatLIFE or bowling with Special Olympics, you can find him calling bingo at StoneyBrook Suites, working with a Toastmasters group or running his own small business, Derek’s Media Services, in which he converts VHS tapes to DVDs or slideshows.

He’s also a member of the Athlete Leadership Council for Special Olympics, one of 16 athletes representing different areas of the state. He serves as a voice for the athletes, which includes making appearances and doing other volunteer work on behalf of the organization. 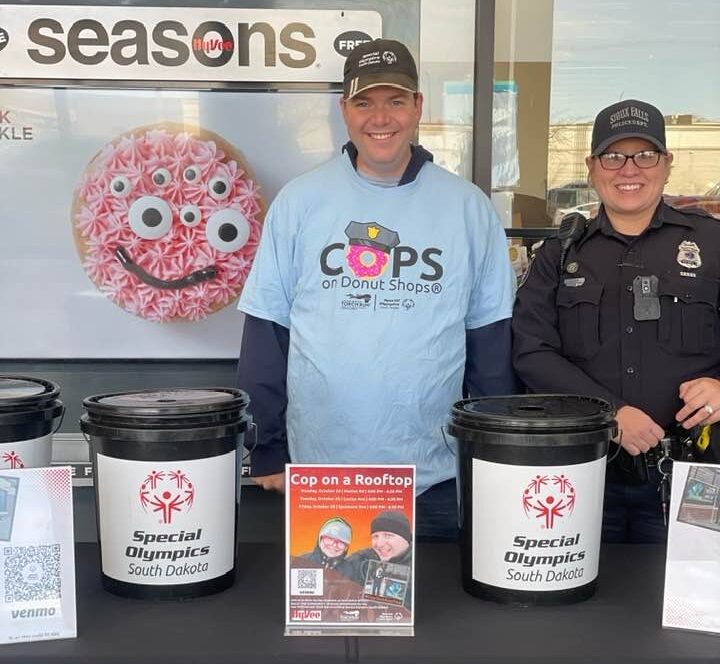 “Derek embraces the Athlete Leadership Council and is very active and volunteers for many, many things,” Grubb said. “He is always willing to pitch in and help in whatever way is needed.”

That includes serving as a co-host of the Special Olympics monthly podcast “Inclusion Infusion,” which can be found on Spotify and is “really well received and informative,” she added.

Smith’s participation with Special Olympics has resulted in “innumerable” medals and ribbons, Grubb continued, including from the 2010 Team South Dakota softball team that competed at the USA Games in Nebraska. 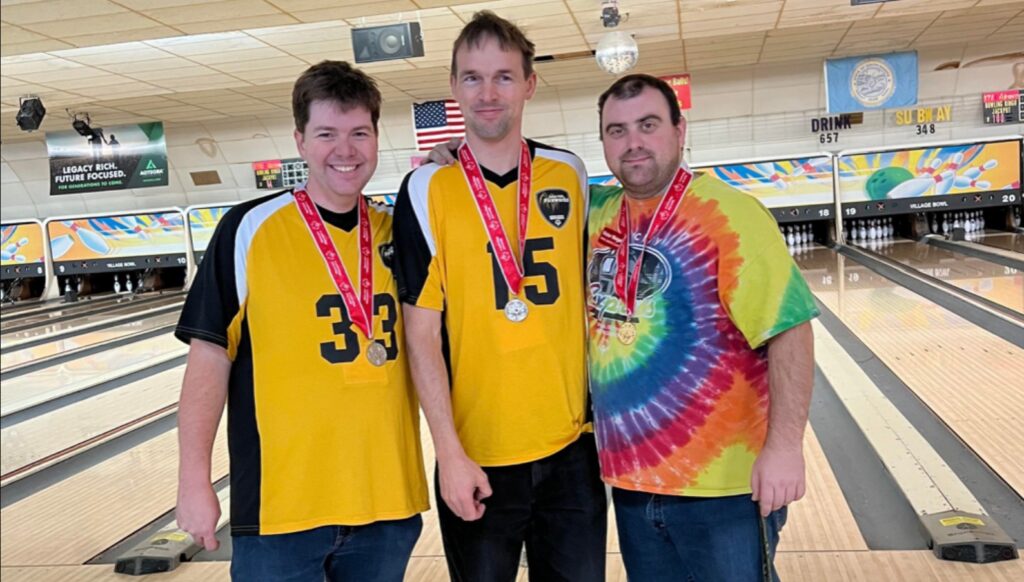 From his perspective, “the best part is getting to know new friends and being active,” Smith said, adding he was “shocked, surprised and emotional at the same time” upon learning he’d been honored with the Spirit of Champion award.

“I encourage anyone to get involved,” he said.

GreatLIFE members, you can find Smith at Performance Center, where he’s ready to greet you Tuesday, Wednesday and Thursday mornings.