Morgan DeWitt didn’t want to have to wonder “what if?”

What if she and her family never started the business they were inspired to conceptualize while on vacation, visiting a popcorn shop?

What if the name and slogan her mother came up with at the beach, brainstorming, never launched?

What if the lists of ideas that lived on the families’ cellphones never came to life?

“I said I feel like if we never do it, I’m never going to know,” she said.

That was a little over a year ago. Now, Salty Pop Popcorn, the family’s locally made popcorn business, is carried in retailers across South Dakota and beyond and enjoys a nationwide base of online sales. 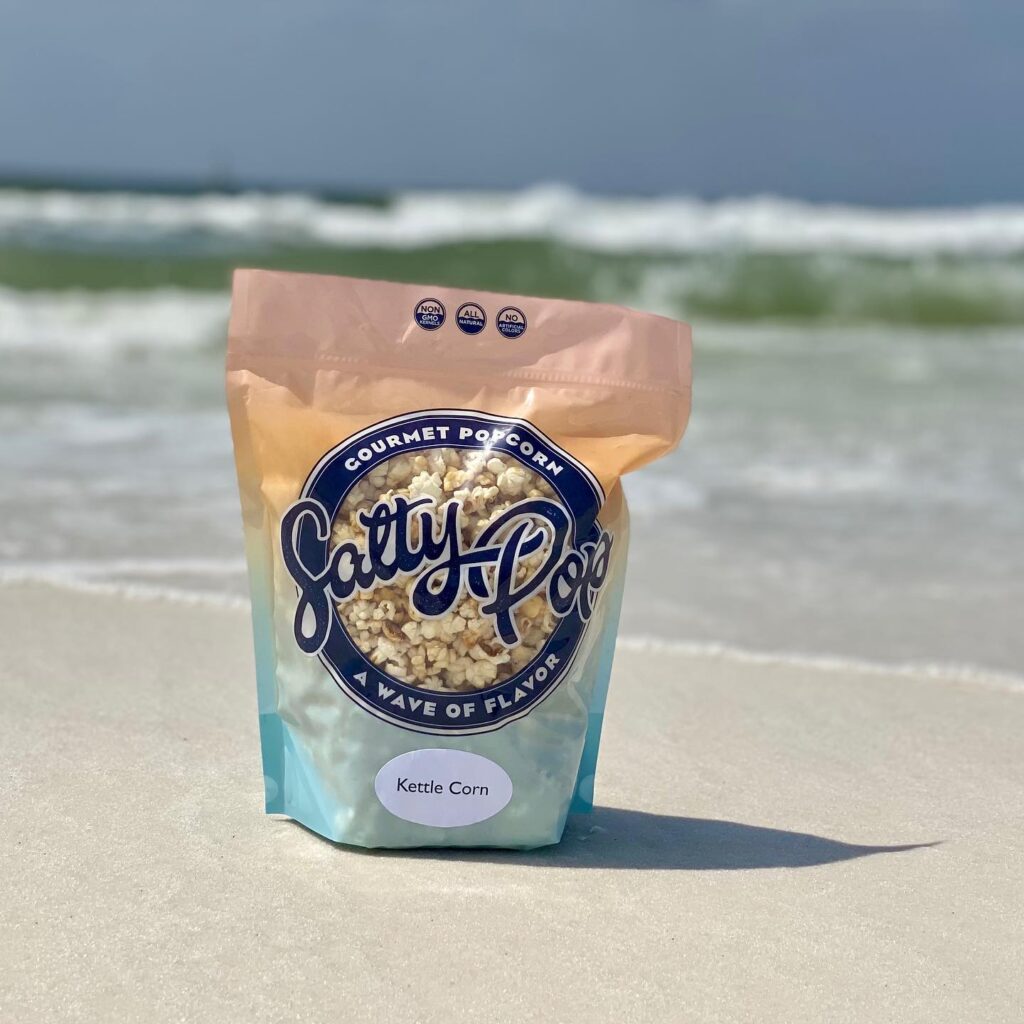 “We moved to our new location at the end of May, thank goodness,” she said. “We moved to a triple-size space, and the business probably tripled as well.”

That’s largely thanks to the 20-year-old, who’s essentially running Salty Pop on her own, as she runs between preparing popcorn and serving as office manager for her father, who runs a concrete business in the same location at 2400 N. Fourth Ave.

“We are working really hard,” she said. “We started in the upstairs of the shop in a little windowless closet, and it took off from there, and people keep buying.” 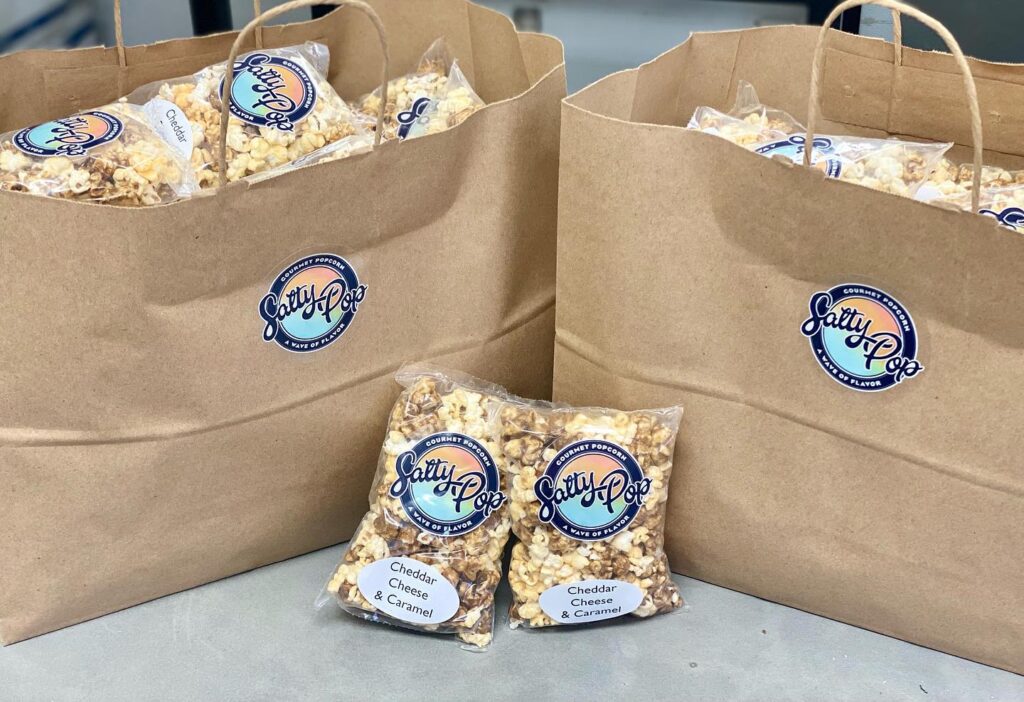 This wasn’t DeWitt’s original career plan. She worked at Willow Run Golf Course in high school and was considering becoming a personal trainer. While she waited to become old enough to be a yoga instructor, she went to popcorn school in Wisconsin and started Salty Pop.

“I didn’t think it would take off, so I have my personal training books high on the shelf because I’m too busy to look at them right now,” she said.

She is now a yoga instructor, though, teaching at Woodlake Athletic Club on Mondays evenings and Thursday early mornings and at the GreatLIFE Performance Center on Saturday mornings.

“I started as a substitute instructor last November, and two weeks later, they told me I had my own classes, and I was thrown into the roster, and that’s been going really well,” she said.

So it was only natural to make Salty Pop Popcorn a new GreatLIFE member benefit, she said. 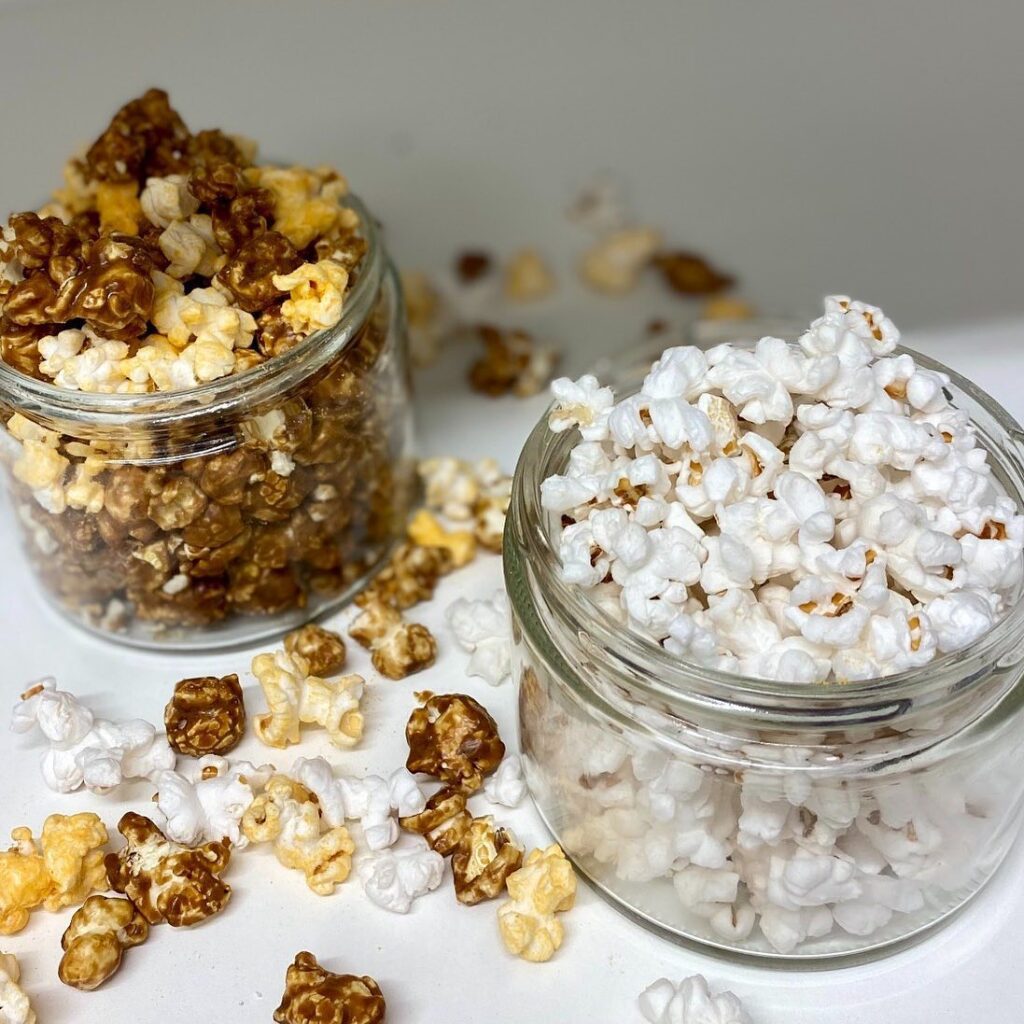 “I contacted an old friend there, and we got it set up, and within 24 hours, we were on the website,” she said.

GreatLIFE members save 10 percent on all orders of $10 or more at saltypoppopcorn.com – where you’ll discover more than 20 varieties, from classics such as creamy caramel and cheddar cheese to a chocolate collection including white chocolate lemoncello and cookies and creme to seasonal varieties such as s’mores. 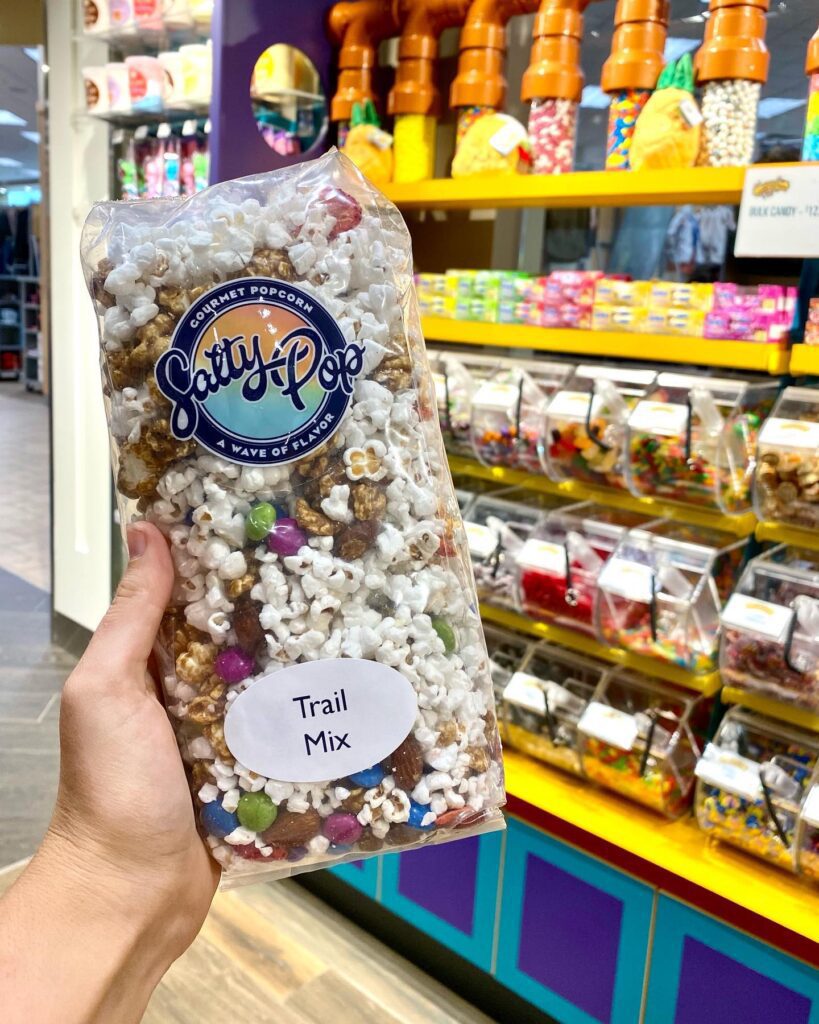 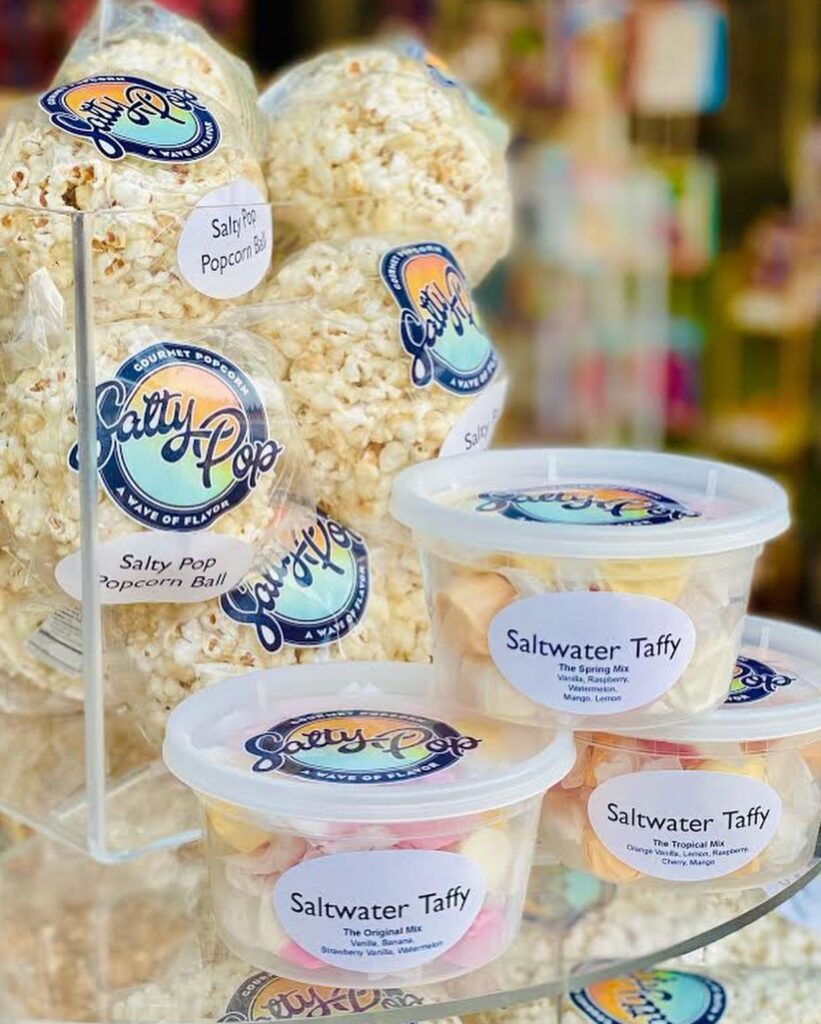 All the product is made from scratch, and it’s a good snack for those committed to healthy eating, DeWitt added. 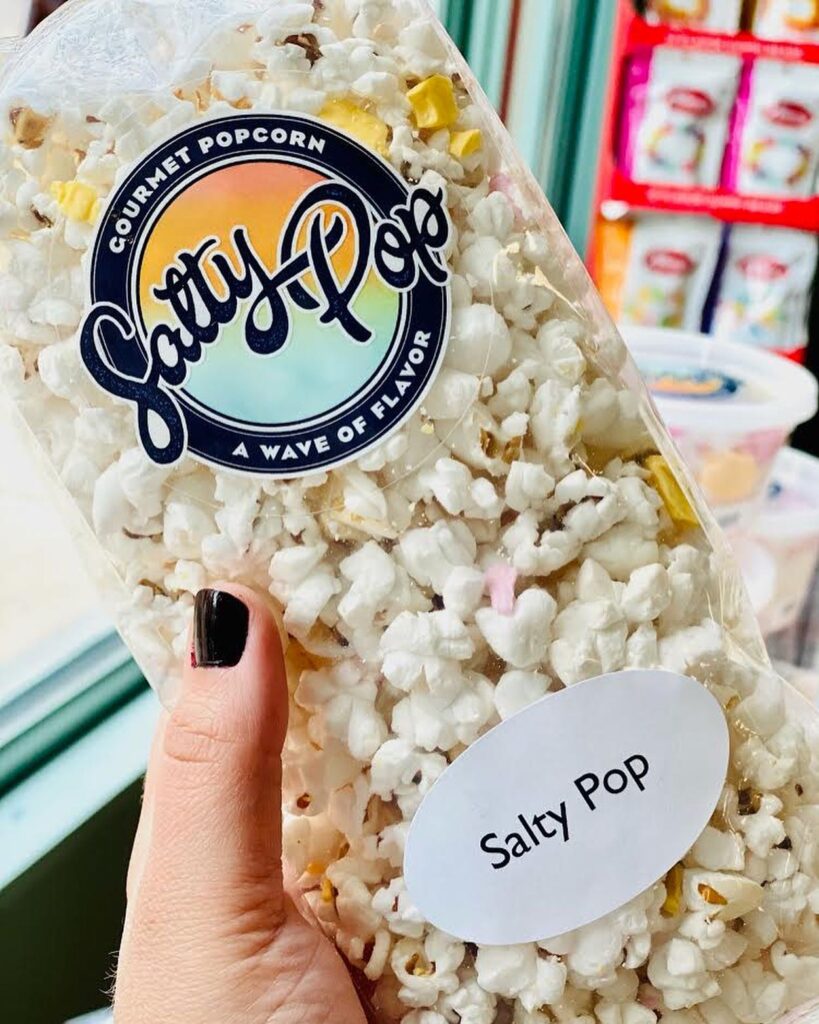 “I’ve lived a pretty natural life – growing up, we ate organic and healthy – so going into this, we wanted to have certain things. Our kernels are non-GMO, and we never use artificial colors. That’s a big thing for us,” she said. “At the bottom of each flavor on the website is a full list of ingredients, and it will list what is or isn’t in it. And we have vegan and gluten-free, so it’s completely transparent.” 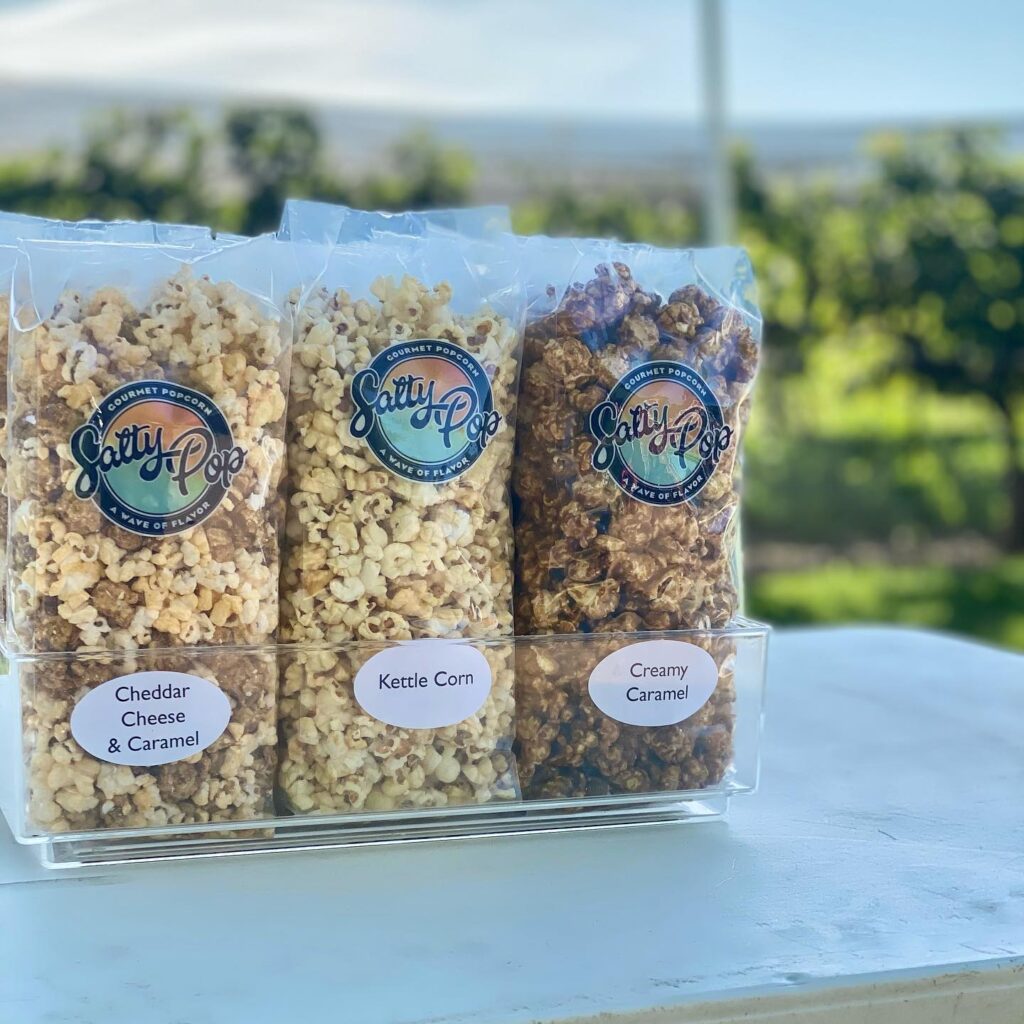 The partnership is an especially fun one for GreatLIFE, said Krista Youngberg, experience director.

“We love being able to connect our members with this local product while supporting an entrepreneur we enjoy having on our team,” she said. “We can’t wait to watch this business continue to grow.” 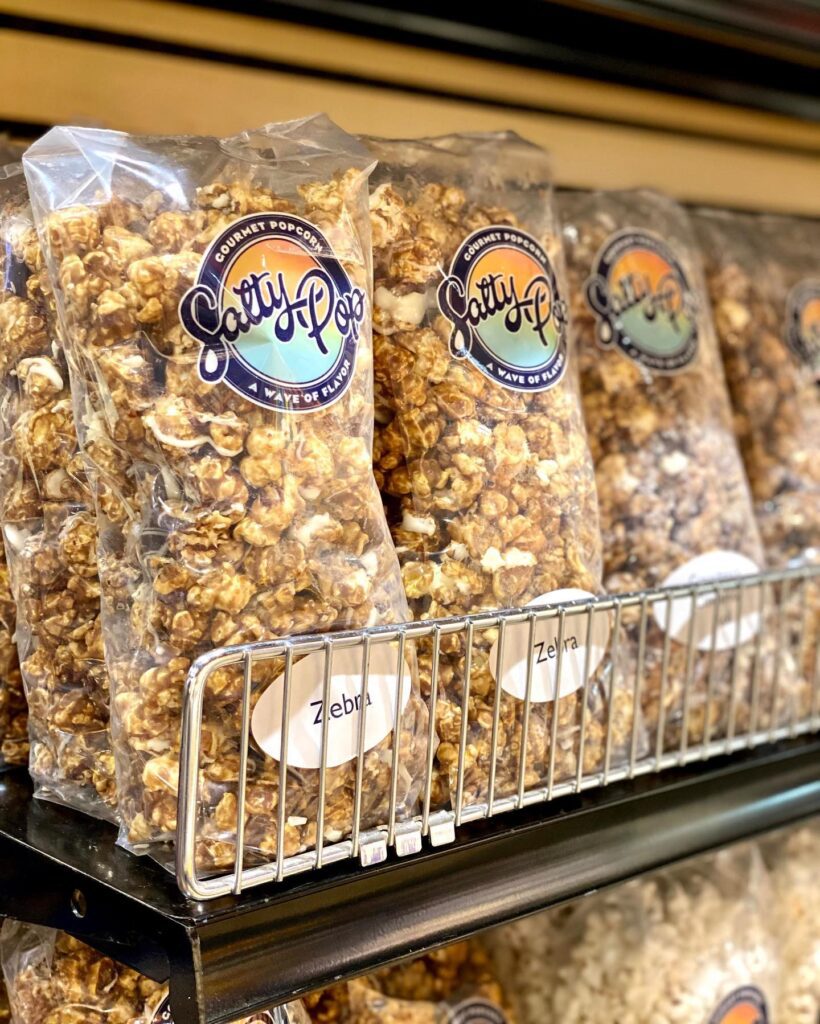 While the discount is good online only for now, Salty Pop is hoping to work on opening a retail area in its building this winter. Some customers already have pulled up in search of popcorn, DeWitt said.

In the meantime, she has a growing group of retailers that carry the product, from Scheels and Look’s Marketplace to Stensland Family Farms locations, Pomegranate Market and Sioux Falls Food Co+op. 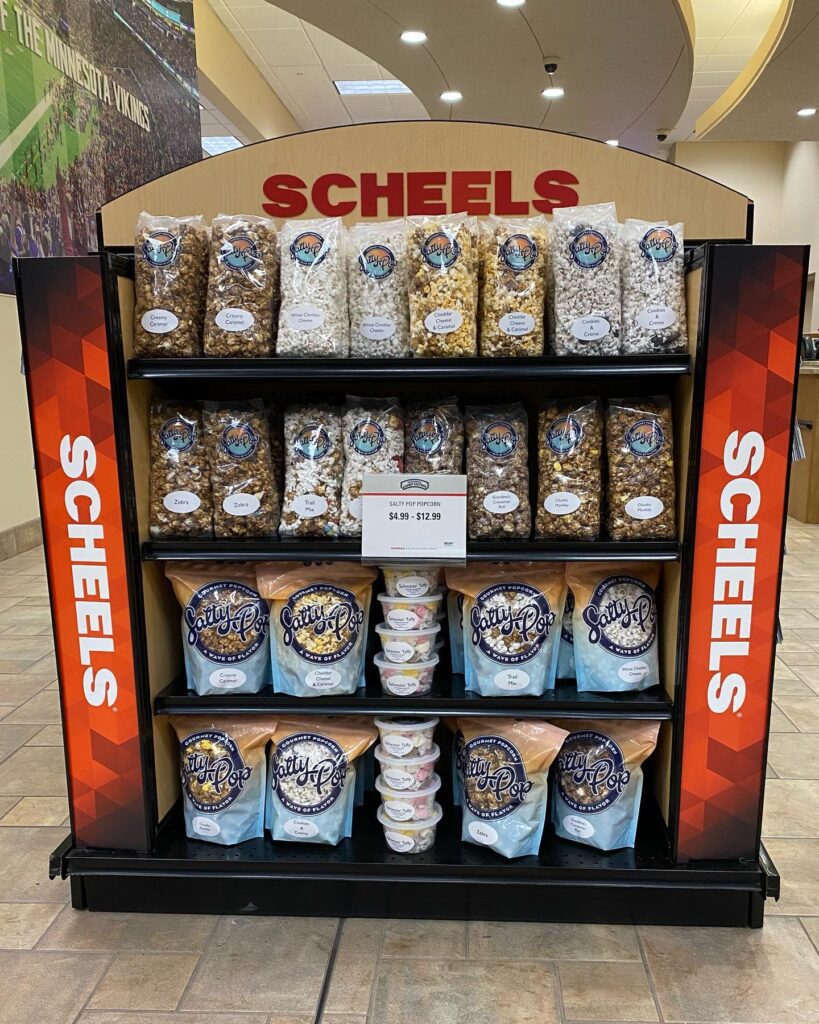 Taffy is an especially good seller at the marketplaces and Child’s Play Toys, DeWitt said. And there are popcorn balls at Hotel on Phillips. 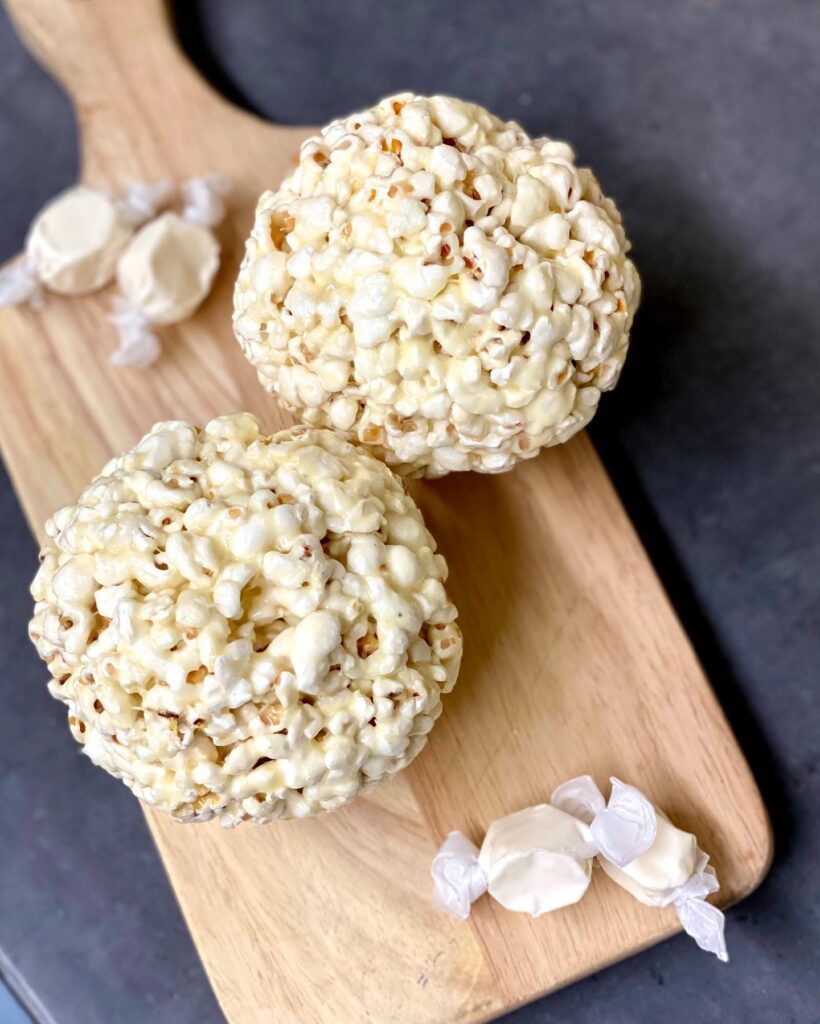 “I would love to see it continue to grow,” she said. “We’re in Rapid City, we’re in Okoboji, so it’s starting to spread outside Sioux Falls, but I love that local mom-and-pop-shop feel. I don’t ever want to be in Walmart, so I’d love more retail locations that want to take it, but at the same time, I’m trying to keep up.”