Who says a New Year’s resolution can’t start in November?

It did for Addie Graham-Kramer, who decided Nov. 1, 2021, that it was time to be intentional about her health.

“I was feeling sluggish and not myself,” she said. “I just wanted to be healthier for my family and my company and just my overall self.”

Energy is key in her world. The founder and CEO of The Event Company is a mom of two boys, 13 and 10, and the goal was to find a fitness approach that would work for the whole family.

“We’re active, and we like to golf, so joining GreatLIFE was a family decision,” she said. “My husband, Drew, had a trainer, the boys play basketball, we golf, we swim, so it made sense as a family.”

Graham-Kramer knew that optimizing her experience – and sticking to her commitment – would be best if she, too, worked with a trainer. 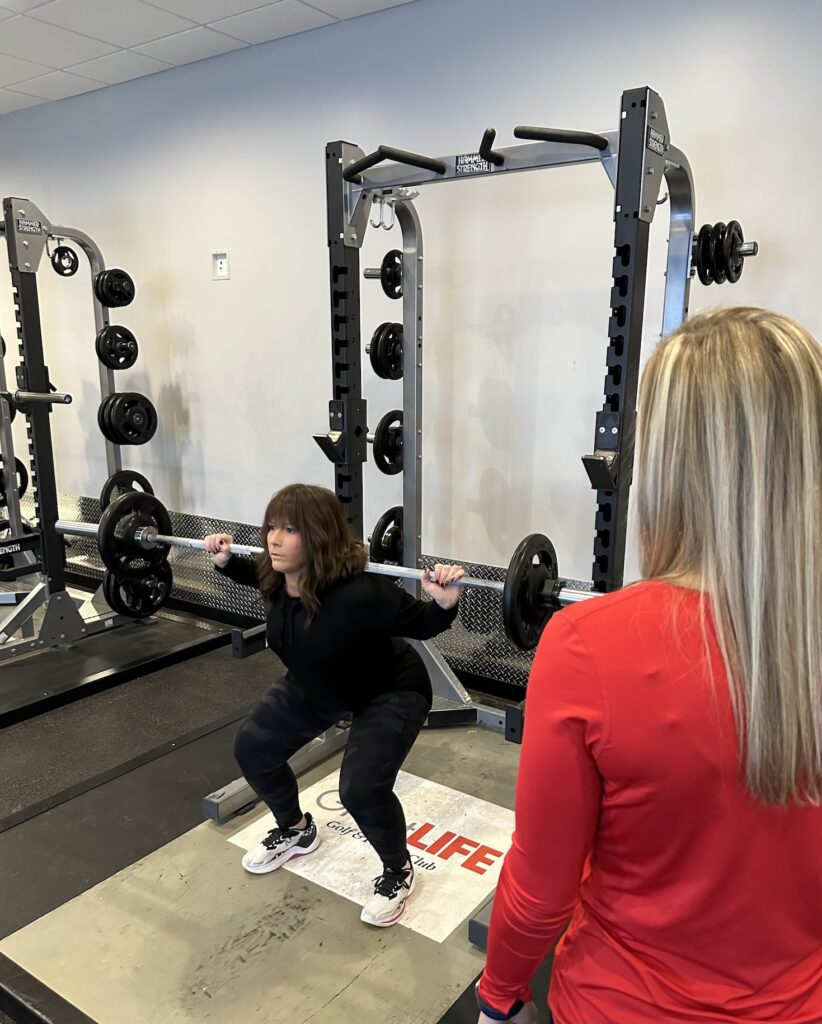 “I wanted to work with a female, and I connected with Jen at GreatLIFE Performance Center,” she said. “I was not regular at all before with workouts. I was doing the Peloton here or there or a workout at home, so the first day, honestly, I was a little scared.”

But the initial assessment, which involved doing basic exercises such as situps and pushups, gave her a benchmark for building her training. 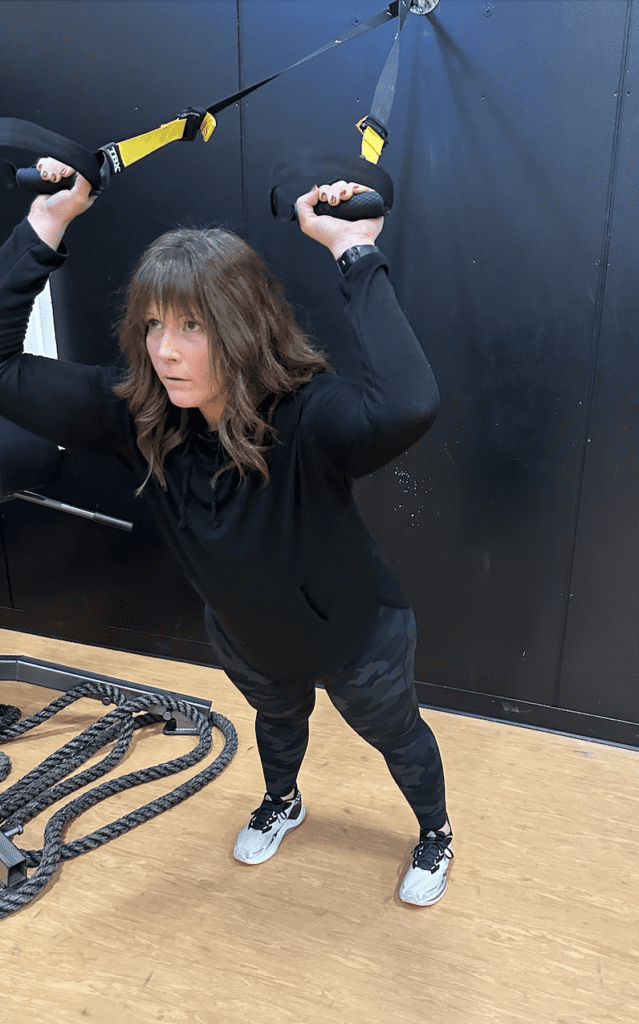 “We started slow, and I told her things I was not comfortable doing,” Graham-Kramer said. “I don’t like running, and she didn’t want to force that on me. She wanted to know everything I had done, and I appreciate that. And then, I started learning. I learned how to properly weightlift and do crunches and pushups, among other things.”

Trainer Jen Johnson works with Graham-Kramer three times a week and sends her workouts to do when she’s not in the gym. 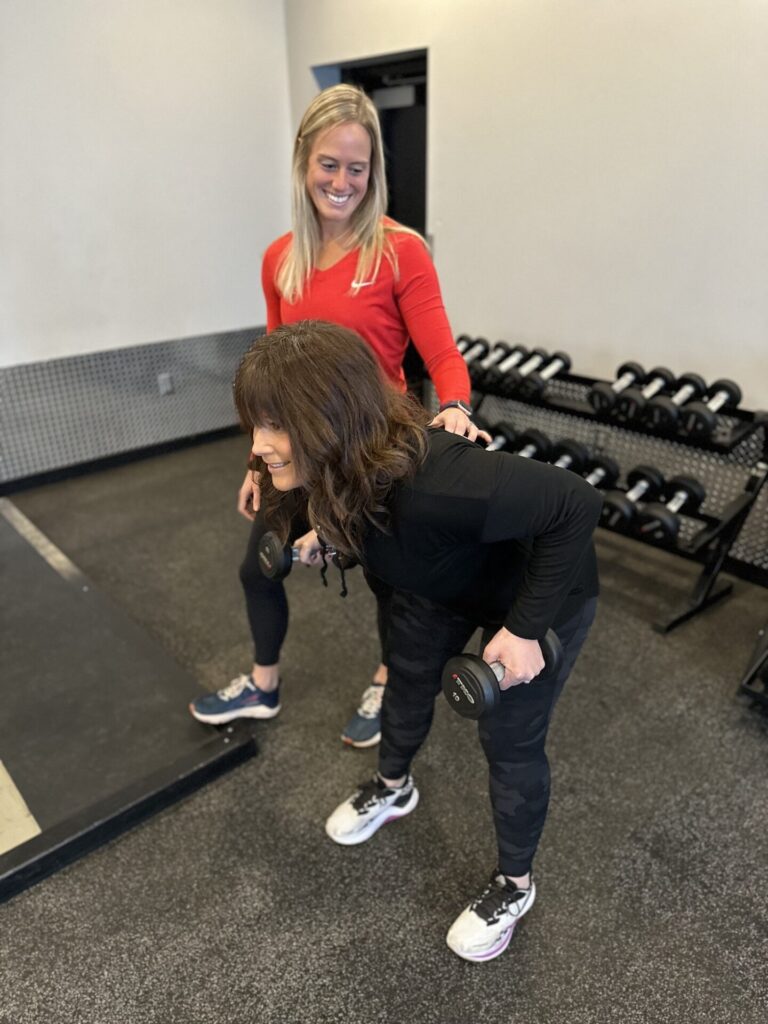 “I travel and often am in other cities,” Graham-Kramer explained. “So she’ll text and ask how I’m doing. And I have to show pictures. So she holds me accountable. And when I don’t have access to a gym, she makes the workouts accessible.”

By April 2022, Graham-Kramer was able to pack a pair of pants for a work trip that hadn’t previously fit her. By summer, it was a dress. More than a year later, she not only has lost 47 pounds but also “I just feel so much physically stronger,” she said. “I’m even doing some Olympic weightlifting, which is so fun.”

For Johnson, “Addie has been such a fun client to work with,” she said. “She is willing to try anything I throw at her and will always do it to the best of her ability.”

And now, she’s even not as set against working running into her fitness routine. 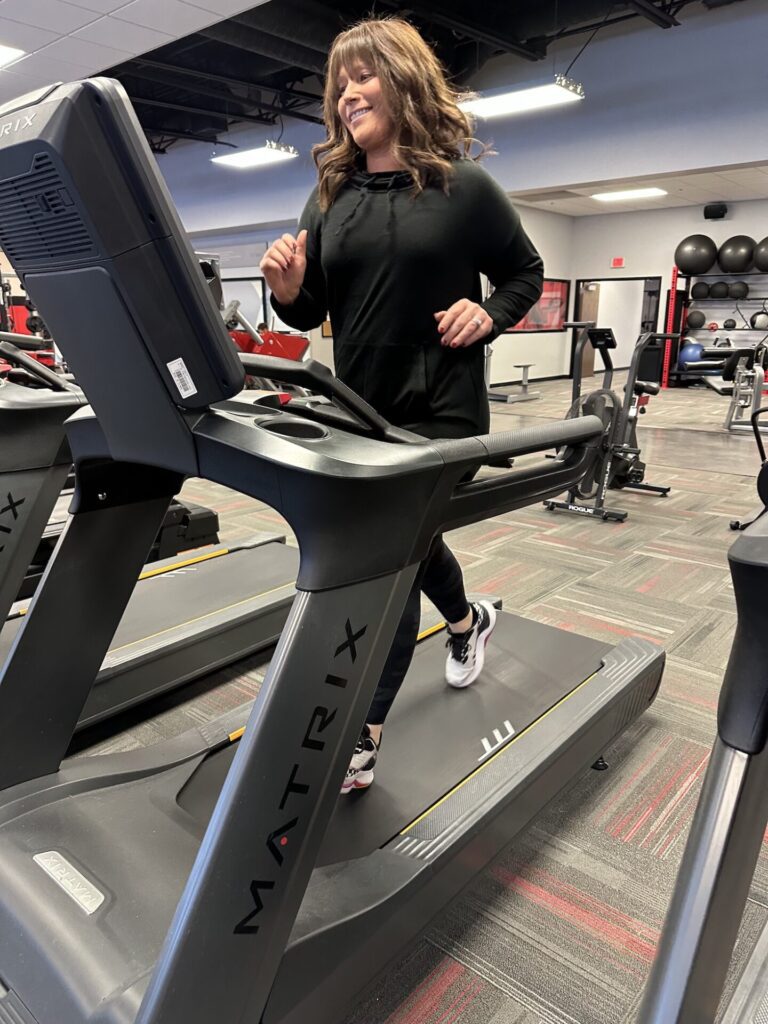 “I decided my goal this year is to learn how to properly run,” Graham-Kramer said. “So we’ve done short jogs and some other different workouts, and she’s easing me into it just like when I started.”

Experiencing Graham-Kramer’s success alongside her “has been incredible,” Johnson said. “She has hit multiple goals and continues to set more every couple of months. She’s continuing her push to be the best she can be in 2023.”

As a family, the Kramers worked in several rounds of golf over the summer and love shooting baskets at GreatLIFE on weekends. 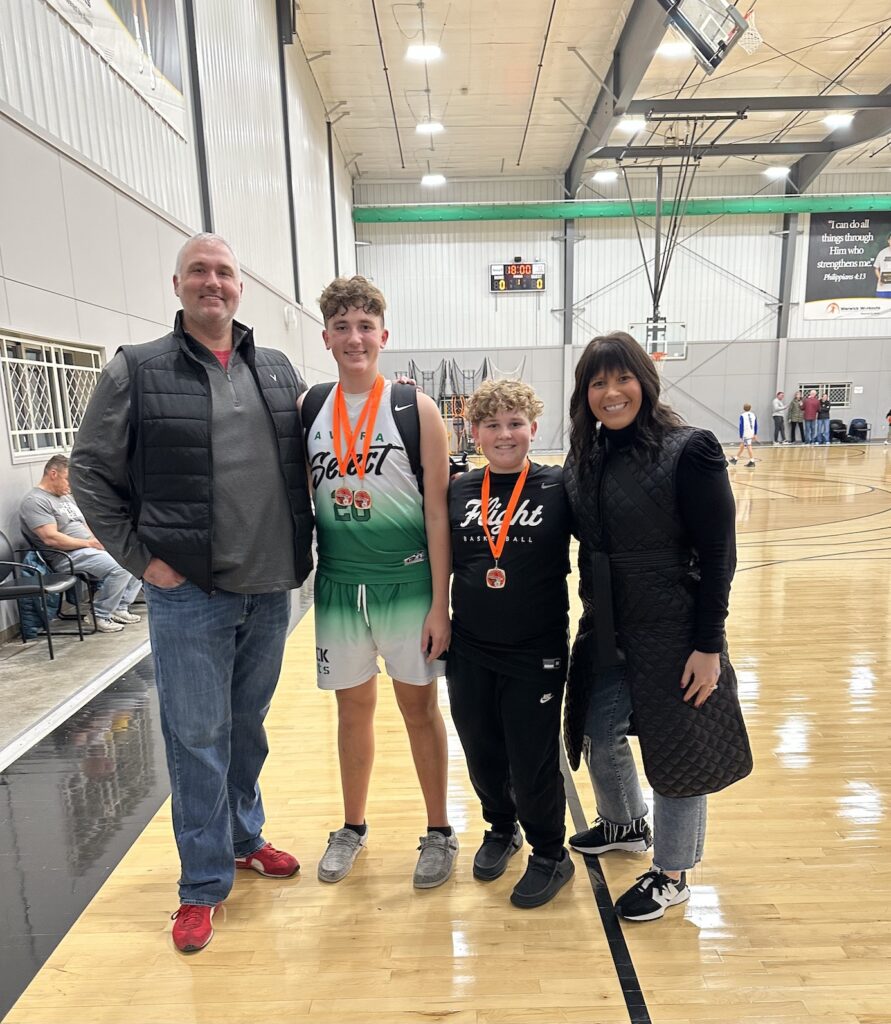 “At the gym when I take the boys, I can teach them what I’ve learned, which is so fun – like how to properly do a bench press,” Graham-Kramer said. “And at the office, we have such an active team. Everyone works out, so it’s created a community within our office.”

The impact is 24 hours a day, she added.

“I truly sleep better. Energy for sure is there but also the way I feel and carry myself is so different.”

If you’re considering making a similar change, Graham-Kramer encourages GreatLIFE members to form their own personal connections at the gym.

“The personalization they offer is key,” she said. “It’s not cookie-cutter. I don’t think I’ve done the same workout more than once. And it’s easy to fall off your goals, so having that person is key for accountability. Jen holds me to it, and I’ve learned to hold myself to it.”

Let GreatLIFE help you toward your best life! Sign up now, and pay no enrollment fee. Click here to learn more.